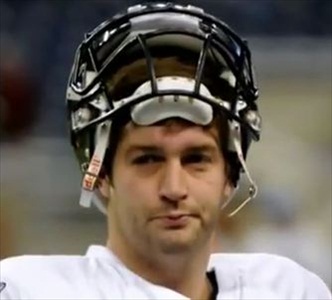 The Chicago Tribune had reported Sept. 18 that the network aired “phony headlines to misrepresent Chicago newspapers.”

The fake headlines were “Cutler leaves with Injury,” “Cutler lacks courage” and “Cutler’s No Leader.” Cutler refers to Chicago Bears quarterback Jay Cutler.  Fox NFL’s Daryl Johnston stated on air “These are the actual headlines from the local papers in Chicago.”

In that report, Fox Sports spokesperson Dan Bell stated “Our attempt was to capture the overall sentiment nationwide following that game” between the Chicago Bears and the Atlanta Falcons.

Even though Bell said “he was unsure whether the network would apologize” in a Chicago Tribune Sept. 22 report, Fox Sports did apologize Sept. 25.

The Chicago Tribune reported that the apology was made by Fox’s Curt Menefee, who stated “The production team told our announcer Daryl Johnston that a taped video package that made air came from actual headlines concerning Bears quarterback Jay Cutler….while in fact, they were not.  FoX Sports regrets this mistake and apologizes to Cutler, the Chicago Bears orgainzation and everyone involved.”

Bell stated Sept. 22 that the network has apologized at least twice to media outlets but that he wasn’t positive if Fox Sports would issue an apology. “I think we’ve made it clear that we accept responsibility for it and we apologize for it and we can assure NFL viewers that it won’t happen again,” Bell is quoted as saying.

Chicago Tribune noted that Bell stated, regarding the headlines:

Calling the headlines misleading, Bell denied there was a “conspiracy” to make the Chicago Bears or Jay Cutler look bad, though this seems to have been the outcome.

iMediaEthics is writing to the Bears for comment and will update with any response.

UPDATE: 09/27/2011 7:18 PM EST: The Chicago Bears’ media relations manager Jim Christman e-mailed iMediaEthics in response to a request for comment: “We addressed the issues we had directly with Fox last week and have moved on.”