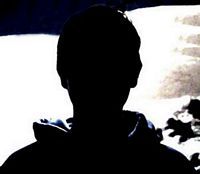 In new legislation, bloggers may be cut out from "shield" protection for their anonymous sources. (Credit: Mister Wind-Up Bird, Flickr)

An amendment to the proposed Free Flow of Information Act (S. 448) has ignited heated discussion about the formal definition of “journalist.”

The Free Flow of Information Act, also known as the federal media shield, would provide protection in federal courts for journalists who maintain the confidentiality of anonymous sources. The bill is meant to ensure that the public has continued access to sensitive information and stories provided by sources who cannot reveal their identities, a practice which has ended in sentencing or jail time for five journalists since 2001. On September 17, 2009, the Senate Judiciary Committee unanimously adopted an amendment introduced by Senator Charles Schumer (D-NY) which limits the term “journalist” to those writing for traditional media sources, excluding writers who may practice journalism on newer platforms, such as bloggers and independent journalists who publish their work online.

Zachary M. Seward, writing for the Nieman Journalism Lab, explains that the House version of the bill, which passed in March, “casts the issue largely in financial terms,” using measurements of monetary gain to determine who is protected by the bill. “That definition would exclude amateurs of any sort, whether student reporters or bloggers with a day job, not to mention to anyone in the grey area of citizen journalism.” In a post addressing the recent amendment, Seward explains that the Senate’s version now “hews toward the professional definition in the House.”

The language of the amendment defines a journalist as someone who:

(iii) obtains the information sought while working as a salaried employee of, or independent contractor for, an entity—

(I) that disseminates information by print, broadcast, cable, satellite, mechanical, photographic, electronic, or other means; and

(aa) publishes a newspaper, book, magazine, or other periodical;

(cc) operates a programming service; or

The editorial page of the Green Bay Gazette described the amendment as “troubling” and argued that it “unnecessarily muddies the waters and places overly narrow restrictions on the definition of a field — reporting the news — that is currently in a period of dramatic evolution.”

The amendment was added in response to criticism that a media shield’s protection should be limited, explains Lynn Burton at the San Francisco Chronicle. That seems like a fair concern. As the Washington Post ombudsman Andrew Alexander wrote in August, “anonymity can be overused and abused. Sources can make false or misleading assertions with impunity.”

This may sound like a criticism of new media journalists — but, in fact, Alexander is referring to abuse by professional journalists. The Post‘s more than 3,000-word internal stylebook provides rules and guidance regarding anonymous sourcing, but many of these rules, as Alexander points out, aren’t clearly understood or followed. Even though Post policy requires that at least one editor know the identity of an anonymous source, Alexander writes that, “Reporters surveyed said that Post editors closely scrutinize anonymous sources on major stories…But many reporters said they are rarely questioned about unnamed sources in routine stories.”

But lax practices don’t undermine the necessity of a federal media shield.  In an opinion piece for the Tampa Tribune, Kevin Smith, the president for the Society of Professional Journalists, explains the bill’s role in promoting democracy. “Without stronger rights to protect sources in federal court cases, journalists are at the mercy of prosecutors who have feasted steadily on the media for the simplest and sometimes most absurd reasons.”

We spoke with journalist Janko Röttgers who writes for a variety of European outlets and for U.S. blogs like GigaOM and newteevee.com. He was also one of 15 journalists who helped shape and write the Internet Manifesto, what he has described as “a collection of positions about the future of journalism.”

Röttgers was perplexed by the amendment’s language, noting “I’m really not clear if it is by accident if they left out online media, but the definition makes it sound like you would have to write for a traditional news or wire service.” If, however, the exclusion of online journalism was intentional, Röttgers says that “it is a dangerous precedent to disqualify a whole class of media.” He thought the amendment’s language would exclude writers for sites like HuffingtonPost.com, which he said would be “absurd.”

Rather, Röttgers contends that the bill should take a different approach in defining the profession. “I think the right approach would be to define it as a process of engagement, not based on employment and certainly not based on the type of medium they [journalists] work for.” He says that the original language in the Senate’s bill, hewed closer to a fair and accurate definition.

That language relied more heavily on the actions of a journalist. A covered person was defined as someone:

(i) with the primary intent to investigate events and procure material in order to disseminate to the public news or information concerning local, national, or international events or other matters of public interest, regularly gathers, prepares, collects, photographs, records, writes, edits, reports, or publishes on such matters by—

(ii) has such intent at the inception of the newsgathering process;

If, for example, a blogger who usually writes about personal topics stumbled upon a story and wanted to write about it in a journalistic way, engaging in the news gathering and reporting that makes traditional journalism recognizable, Röttgers believes that that writer should be protected by the shield law. “I think more and more journalism is becoming a process. People are engaged based on the subjects they cover,” he said.