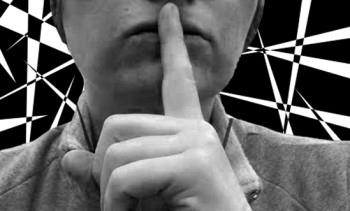 New York Times reporter James Risen “refused to answer any questions that could help the Justice Department identify his confidential sources” this week.

Risen has been fighting to protect his anonymous source for his 2006 book State of War since 2008. He attempted to appeal a court order requiring him to identify his source but the Supreme Court rejected his appeal.

As iMediaEthics wrote, last month the Justice Dept. said Risen would have to testify at a hearing to see what questions he would answer about the source for his book.  The government thinks former CIA officer Jeffrey Sterling was the source for his reporting about a CIA  plan related to Iran’s nuclear program. Sterling has been charged with breaking the Espionage Act.

The Justice Department said it wouldn’t ask him to confirm if Sterling was his source but even then, Risen didn’t say if he would answer questions.

“I am not going to provide the government with information that they seem to want to use to create a mosaic to prove or disprove certain facts,” Risen said in court Jan. 5, the Times reported.

Risen told prosecutor James Trump he wouldn’t identify his sources. He was asked by Trump, “It is your position that, regardless of any threat of sanctions, you would not testify as to the identity of the source or sources who provided information for Chapter 9?” according to the Times.

Risen wouldn’t say “what information confidential sources provided for his book, where or when he met with unnamed sources, or who had not served as a source,” Reuters added.

The trial against Sterling begins next week, according to the Los Angeles Times. “It was not clear Monday whether Risen will be called to testify again during the trial,” the Times added.

Risen’s lawyer Joel Kurtzberg declined to comment about the hearing to iMediaEthics.