Katie Hopkins tweet that got her fired? 'We need a final solution #manchester' - iMediaEthics

Katie Hopkins tweet that got her fired? ‘We need a final solution #manchester’ 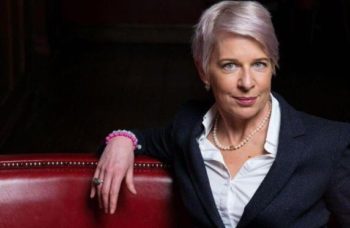 Controversial columnist and radio host Katie Hopkins is out at LBC Radio after her tweet about the Manchester bombing.

In the wake of the news about the Manchester bombing at the Ariana Grande concert, Hopkins tweeted, “22 dead – number rising. Schofield. Don’t you even dare. Do not be part of the problem. We need a final solution. #Manchester.” (Schofield refers to This Morning host Phillip Schofield, according to the Guardian.)

Hopkins deleted the tweet and re-posted a new one, stating “typo/wording amended” and changing “final solution” to “true solution,” the Guardian reported.

“A controversial tweet even by her standards, the since-deleted post appeared to call for genocide, her use of ‘final solution’ presumably referring to the Nazis’ plan to murder all Jews within reach,” the Independent explained.

iMediaEthics wrote to LBC Radio to ask if she was fired or resigned and for confirmation her departure was over her Manchester “final solution” tweet. LBC Radio declined to comment beyond the statement in its tweet, “LBC and Katie Hopkins have agreed that Katie will leave LBC effective immediately.”

iMediaEthics has written to Hopkins to ask if she was fired or resigned.

LBC and Katie Hopkins have agreed that Katie will leave LBC effective immediately.

The UK police told the Guardian it is reviewing a complaint about her tweet.

Last year, the Mail Online had to pay about $185,000 to two Muslim brothers in the UK after Hopkins claimed in a column that they were extremists tied to Al Qaeda.

Hopkins was duped in 2016 on her LBC Radio show when she fell for a satire story and claimed on air that a UK highway would be closed for a week.

In 2015, when Hopkins was a columnist for the Sun, she compared migrants to cockroaches, prompting more than 250,000 people to complain in a Change.org petition.

Katie Hopkins tweet that got her fired? ‘We need a final solution #manchester’