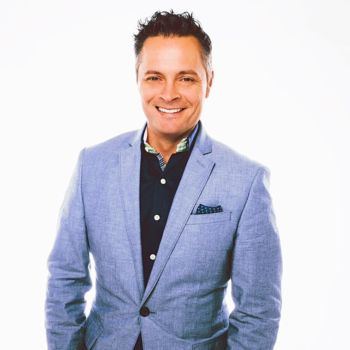 Meta-controversy? Earlier this month, the BBC fired host Danny Baker for a racist tweet about Prince Harry and Meghan Markle’s baby, Archie, showing a picture a couple holding hands with a chimpanzee.

Then, Lexington, Kentucky NBC-affiliate WLEX anchor Lee Cruse, who is also a stand-up comic, discussed the controversy during a broadcast. He called Baker his “new favorite disc jockey” and said the tweet “didn’t have to be” racist. Cruse later apologized for being a “full-blown moron idiot,” the Kentucky Herald-Leader reported.

Because of that, his station, WLEX, is pulling him off the air for a week, citing his “lack of judgment.”

In a statement on its website from WLEX vice president and general manager Pat Dalbey, the station said:

“Our anchor Lee Cruse exhibited a lack of judgment on air this week, and both WLEX and Lee regret this mistake.The statements expressed were inappropriate and do not reflect who we are as a company. After evaluation of the situation, WLEX has made the decision to keep Lee off the air next week.”

iMediaEthics wrote to WLEX to ask if this amounts to a suspension and if this is paid or unpaid; WLEX’s Dalbey pointed iMediaEthics to his previous statement but added “we do not comment on personnel matters.