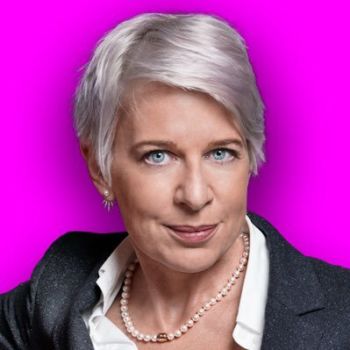 Just a day before the apology, the Mail Online and Hopkins, a former UK Apprentice contestant, ended their contract “by mutual consent,” the Guardian reported.  iMediaEthics has written to the Mail to ask if this apology is linked to the decision to end Hopkins’ contract and if there are any other ongoing legal claims against her for other columns.

In a column published on Jan. 31, 2017, Hopkins slammed people who planned to protest a visit to the UK by Pres. Trump as “hollering idiots,” “a national humiliation and a disgrace,” and”undoubtedly in need of a job, a shower or both.”

After the column ran, Teale tweeted to Hopkins to say that she had gone to the protest after a 12-hour day at school, “to take a banner made by some of my Year 8 pupils who have more heart (and brain) than you.” Then, Hopkins responded on Twitter that the children were “brainwashed by liberals pushing their agenda” and then made her false claim about Teale in a Feb. 5 column, Press Gazette explained.

In her own column for the Guardian, Teale explained what really happened. When she went to the Trump event, she brought with her a banner her students had made while learning about “protest through time” and that the banner featured a Martin Luther King quote. She added that her “students remain unaware” that she brought it to an anti-Trump protest.

Hopkins’ column was headlined, “Schools are supposed to teach kids HOW to think for themselves, not WHAT to think. So why are so many liberal teachers bullying and brain-washing children with their own intolerant views?”

The Mail Online has published this note at the bottom of Hopkins’ column about Teale:

“A previous version of this article reported that Jackie Teale, a teacher, had taken her class of twelve-year-olds to a protest against Donald Trump outside Westminster. We are happy to make clear that that statement was wrong and apologise to Ms Teale for the error.”

Separately, the Mail Online published a Nov. 27 apology acknowledging the payment made to Teale.

“An article published in Katie Hopkins’ column on 5 February 2017 reported that Jackie Teale, a teacher, had taken her class to a protest against Donald Trump outside Westminster. We are happy to make clear that that statement was wrong. It was in fact a banner made by some of her twelve-year-old pupils which she took to the protest. We apologise to Ms Teale for this error and have agreed to pay Ms Teale substantial damages and legal costs.”

After the apology, Teale tweeted that she is “immensely grateful that for every Katie Hopkins plaguing society with lies and hatred, there’s a @MLewisLawyer to ensure that truth prevails.”

Just want to say I’m immensely grateful that for every Katie Hopkins plaguing society with lies and hatred, there’s a @MLewisLawyer to ensure that truth prevails. Cannot thank him enough for this. https://t.co/aTWRDEdfdw

Hopkins is no stranger to controversy. She was fired by LBC Radio earlier this year after tweeting “we need a final solution” about the Manchester Ariana Grande bombing. Also earlier this year, she lost a libel lawsuit over her tweets about food writer Jack Monroe, who she accused of vandalizing a UK war memorial and referred to as  “social anthrax.”

Last year, the Mail Online apologized and paid £150,000  to two Muslim brothers, Tariq Mahmood and Zahid Mahmood, whom Hopkins accused of being extremists and affiliated with Al Qaeda after they were prevented from flying to the U.S. in 2015.  In 2016, Hopkins was also duped by a satire site claiming a major highway would be shut down for a week for an endurance race.

And in 2015, Hopkins compared migrants to cockroaches, prompting more than 400 complaints to the UK press regulator.