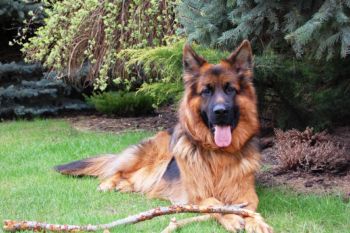 A news article claimed an Alsatian security dog was shot by a gang.

But, the dog didn’t die that way.

The owner of the dog, John Gordon, complained to the UK press regulator the Independent Press Standards Organisation over the Sunday World’s Dec. 2018 article that made those incorrect claims as well as other claims that when his security firm tried to attempt tenants in Ireland, the gang put a gun to his head, and that his company did jobs “nobody else will touch” like removing material from bonfire sites.

Gordon, referred to as Ian Gordon in the news article, denied he cleared the bonfire sites and pointed to letters from the area city councils showing he wasn’t hired in the past three years. He also was upset about the claims about his dog. His dog wasn’t shot, but was beaten and he had to put his dog down. In addition, Gordon said his dog wasn’t an Alsatian.

The Sunday World stood by its reporting, arguing the dog “looked like an Alsatian,” according to IPSO, that the breed didn’t really matter, and that three sources said the dog was shot. Likewise, the Sunday World defended its claims that Gordon’s company cleared bonfire sites as based on “a number of reliable and well-informed sources.”

Gordon made other complaints, including about a description of his emotional state, the cars in his driveway and the general area where he lives.

Even though the Sunday World denied Gordon’s complaints, it offered to publish a correction that said:

“We published an article on 23 December 2018 headlined “HUMILIATED & TERRIFIED” which reported on the recent attack on [name] and Ian Gordon. Our article stated that Mr Gordon’s dog had been shot during the attack – we have now been informed by Mr Gordon that, in fact, his dog was badly beaten and sadly had to be put down following the attack. The article also stated that Mr Gordon had been involved in clearing bonfire sites in East Belfast – we now understand from Belfast City Council that G.S Agencies were not involved in clearing bonfire sites or were contracted by the Council to carry out any work on its behalf within the last 3 years. We are happy to make this clear and apologise to G.S. Agencies for any distress caused”

Gordon wasn’t satisfied with the corrections, saying he wanted a stronger statement, so IPSO ruled on the matter,ultimately finding against the Sunday World.

Why? IPSO concluded that the Sunday World erred because it published allegations as fact about the dog’s death and the bonfire cleanup without verifying them.

The dog error was important, IPSO said, because saying the dog was shot is a “significant escalation of the violence” in the report. As such, IPSO ruled against the paper and ordered it to publish the correction the Sunday World had offered. IPSO ejected Gordon’s complaints about reporting the general area where he lived, what cars were seen in the driveway, the breed of the dog, and a neighbor’s characterization of Gordn’s state.

iMediaEthics has written to Gordon and the Wold. Gordon’s previous complaint earlier this year against the Sunday Life publication alleging harassment was dismissed, as iMediaEthics has previously reported.