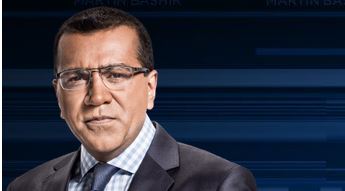 Martin Bashir resigned from MSNBC today and repeated his “regret” for his comments about Sarah Palin.

In mid-November, Bashir slammed Palin for her comments about the U.S. debt, as iMediaEthics wrote at the time. After telling a story about a slave owner who would use flogging and have slaves defecate and urinate in each other’s mouths as punishment, he said Palin “would be the outstanding candidate” for similar treatment. He also called her the United States’ “resident dunce,” and a “world-class idiot.”  He apologized days later to Palin and viewers for his “deeply offensive” comments.

In a statement sent to Mediaite, Bashir said he decided to resign and distanced his remarks again from the network.  His statement read in part:

“After making an on-air apology, I asked for permission to take some additional time out around the Thanksgiving holiday. Upon further reflection, and after meeting with the President of MSNBC, I have tendered my resignation.”

MSNBC president Phil Griffin confirmed Bashir’s resignation, telling Fox News’ Howard Kurtz:  “Martin Bashir resigned today, effective immediately. I understand his decision and I thank him for three great years with MSNBC. Martin is a good man and respected colleague  — we wish him only the best.”

The New York Times‘ Bill Carter noted that Bashir had previously been suspended by another network over his remarks.  Carter reported:

“Mr. Bashir, who first established a career in television in Britain, joined MSNBC from ABC News in 2010. He had been suspended once while at ABC for making comments considered crude and sexist at a dinner for Asian journalists.”

MSNBC announced last week that it canceled Alec Baldwin’s show Up Late with Alec Baldwin shortly after Baldwin was caught on camera calling a New York Post photographer a slur.  While MSNBC said it was a “mutual parting” between the network and Baldwin, MSNBC had previously suspended Baldwin.  Palin called MSNBC’s decision at the time to not punish Bashir publicly “executive hypocrisy.”