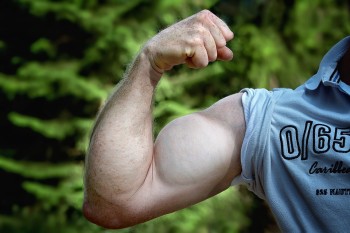 Melissa Click was caught on video calling for “muscle” to prevent student reporters from covering a university protest. (Credit: Pezibear via Pixabay)

The University of Missouri fired Melissa Click, the assistant professor of communications who made national news last year when she was caught on video calling for “muscle” to prevent student reporters covering a university protest.

In a statement from the University of Missouri Board of Curators, Pam Henrickson confirmed Click’s firing, noting that she “has the right to appeal” and that the board “went to significant lengths to ensure fairness and due process.”  iMediaEthics has written to ask how long Click has to appeal, if she so chooses.

The board said it reviewed “documents, materials and video recordings,” interviews with witnesses and with Click before making its decision. The board went on to criticize Click’s actions, explaining:

“The board believes that Dr. Click’s conduct was not compatible with university policies and did not meet expectations for a university faculty member. The circumstances surrounding Dr. Click’s behavior, both at a protest in October when she tried to interfere with police officers who were carrying out their duties, and at a rally in November, when she interfered with members of the media and students who were exercising their rights in a public space and called for intimidation against one of our students, we believe demands serious action.

“The board respects Dr. Click’s right to express her views and does not base this decision on her support for students engaged in protest or their views.  However, Dr. Click was not entitled to interfere with the rights of others, to confront members of law enforcement or to encourage potential physical intimidation against a student.”

The university’s interim chancellor Hank Foley also issued a statement saying the circumstances were “extraordinary” and Click’s firing was “in the best interest of our university” since her actions “directly violate the core values of our university.”

The New York Times reported that the public relations firm Status Labs is representing Click pro-bono and that Click has issued no comment about the firing yet. Status Labs told iMediaEthics by email there is no comment.

Earlier this month, Click told the New York Times she is “embarrassed and sorry” by her actions and that the video footage of her shows “only one moment of a full day, and only one moment in a 12-year career.”

“I certainly didn’t mean what I said to be a call for violence,” she added.

The university’s Faculty Council Chair Ben Trachtenberg questioned the decision to fire Click, according to St. Louis CBS-affiliate KMOX. Trachtenberg said the Board of Curators didn’t give Click a hearing.

Click was suspended from her position at the university, as iMediaEthics previously reported. As part of a plea deal to avoid prosecution for third-degree assault over her act, she was ordered to complete 20 hours of community service and not break the law for a year.

iMediaEthics left a voice mail message for Click’s attorney, Christopher A. Slusher, in case he would like to comment.