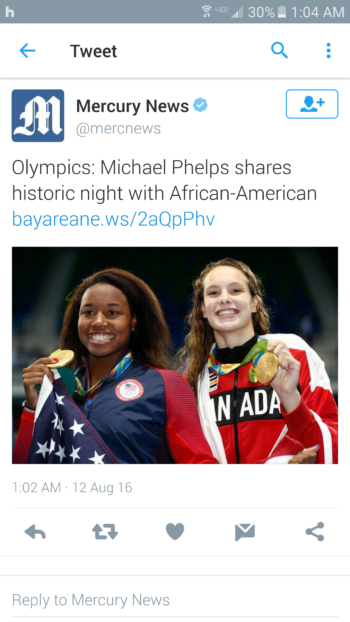 The San Jose Mercury News apologized to readers after an insensitive and inappropriate headline referring to Simone Manuel simply as “African American.”

The Aug. 12 story was originally headlined, “Olympics: Michael Phelps shares historic night with African-American.” The headline was published “between 20 and 30 minutes” before it was  changed, editor Neil Chase told iMediaEthics.

“We failed to do a good job of editing in a deadline situation,” Chase told iMediaEthics, noting no other journalists have contacted the paper about the headline before reporting on it. “We didn’t meet our own standards.  We apologized quickly, but that doesn’t make up for the failure.”

When asked who wrote the headline, Chase told iMediaEthics the paper wouldn’t single our one person “because we’re all human and scrambling on deadline.”

“It was a bad mistake by one person, a person who I can promise you had no malicious intentions, that wasn’t caught quickly enough by others,” he said. 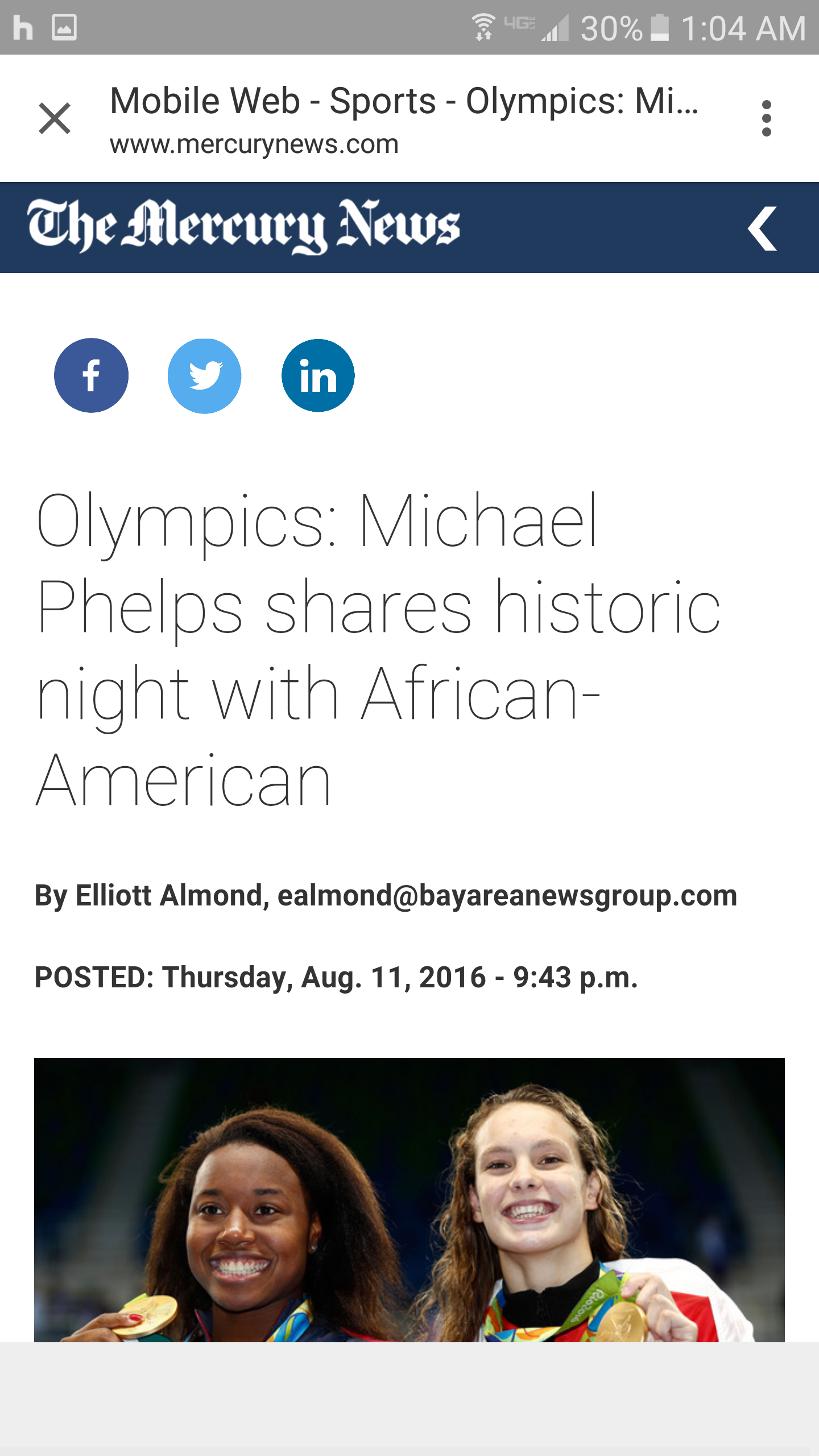 The headline was also tweeted. That tweet has since been deleted but iMediaEthics took a screenshot. 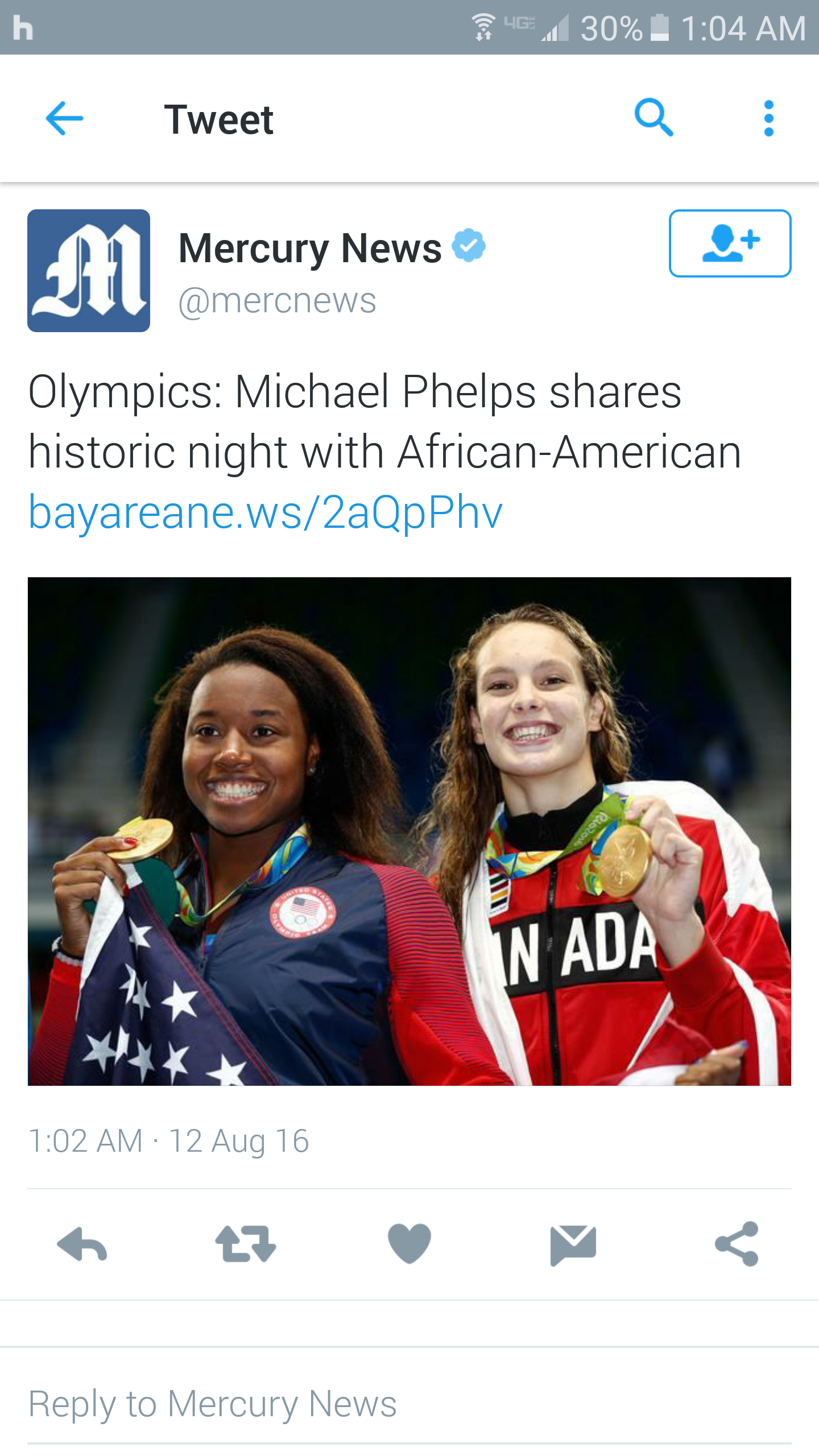 In an editor’s note at the top of the article, the Mercury News now says:

We apologize for an insensitive headline earlier on a story about Simone Manuel and Michael Phelps' medal wins. https://t.co/ykWvcddaKf

The Mercury News isn’t alone in problematic Olympics coverage though. The Chicago Tribune apologized for identifying three-time Olympic medalist Corey Cogdell-Unrein through her husband. Instead of using her name or awards in the headline and tweet, the Tribune called her “wife of a Bears lineman.”

In an Aug. 8 tweet, the Tribune said, “On Sunday, in an initial tweet and headline, we identified three-time U.S. Olympian Corey Cogdell-Unrein only as the ‘wife of a [Chicago] Bears lineman.’ She’s awesome on her own. We focused too hard on trying to emphasize the local connection Cogdell-Unrein has to Chicago. Your feedback has been noted and appreciated, and we will keep it in mind in the future.”

The Tribune didn’t delete its Aug. 7 tweet. See it below:

The headline and first line of the linked Aug. 8 story identifies her as the wife of a Chicago Bears player, though.