Mick Jaggar Girlfriend? Should L'Wren Scott Suicide headlines IDed her as A 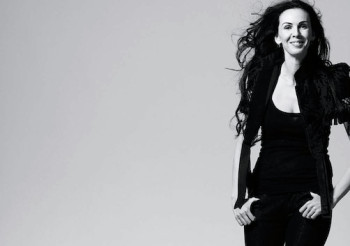 Image of L'Wren Scott posted by Mick Jagger in a tribute on his website. (Credit: via mickjagger.com)

Is it right for the media to refer to L’Wren Scott primarily as Mick Jagger’s girlfriend?

New York Magazine found numerous news outlets that identified her in “headlines leading with the news that the girlfriend of Mick Jagger, not L’Wren Scott the designer, had killed herself.”  Likewise, Flavorwire collected numerous tweets from news outlets referring to Scott first as Jagger’s girlfriend.

But, she was a prominent fashion designer in her own right, along with being a stylist and a former model. So was it fair to hook readers with her relationship to the lead singer of the Rolling Stones, New York Magazine asked?

Scott previously had criticized that very identification, according to a 2013 interview New York Magazine tracked down.

“I’m a fashion designer. I don’t want to be defined as someone’s girlfriend,” she said to the UK Times.

What do you think about this issue?