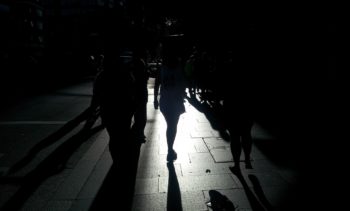 The Federal Bureau of Investigation released new guidelines for when its agents can pose as journalists, now requiring top brass to OK the undercover work.

As iMediaEthics previously reported, the FBI allowed an agent back in 2007 to impersonate an Associated Press journalist with a fake Seattle Times news story in an attempt to get spyware on a suspect’s computer. The fakery wasn’t revealed until 2014, at which point the AP and Seattle Times strongly protested, noting that it could cause their journalists to be treated like government agents. FBI director James Comey argued its action were “proper and appropriate.”

This week, the Associated Press reported that a Sept. 15 inspector general report revealed the FBI now mandates “top-level approval before agents can pose as journalists.” The report is published here.

“Under an interim policy approved in June, agents may impersonate journalists only if it is done as part of an undercover operation and only after authorization from a special committee at headquarters and the FBI’s deputy director,” the AP reported. “The inspector general recommended that the FBI update its undercover policy guide to incorporate that new policy.”

When asked for comment about the news, The Associated Press pointed iMediaEthics to its a statement saying it was “deeply disappointed” and asked FBI agents to stop posing as reporters.

The Associated Press is deeply disappointed by the inspector general’s findings, which effectively condone the FBI’s impersonation of an AP journalist in 2007,” AP spokesperson Paul Colford said in a statement on its website. “Such action compromises the ability of a free press to gather the news safely and effectively and raises serious constitutional concerns. Once again AP calls on the government to refrain from any activities involving the impersonation of the news media and we demand to be heard in the development of any policies addressing such conduct.

The Reporters Committee for Freedom of the Press issued a Sept. 15 statement from its steering committee chairman David Boardman saying RCFP “is deeply troubled” by the FBI ever allowing its agents to pose as journalists.

“Such a policy can seriously damage both the public’s trust in its free press and the ability of journalists to hold government accountable,” RCFP said. “We urge the Justice Department to take seriously the need for reform and the importance of protecting the integrity of the newsgathering process.”