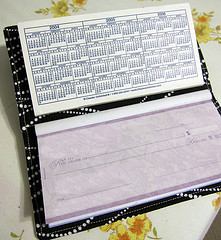 The New York Times published a history of checkbook journalism recently. According to their own report, the Times paid $1,000 in 1912 for an interview with “the surviving operator of the Titanic’s wireless communications system.”

The Times listed a few paid interviews with former presidents, including David Frost’s $600,000 payment to Richard Nixon, and CBS’s payments to Dwight Eisenhower and Lyndon B. Johnson.