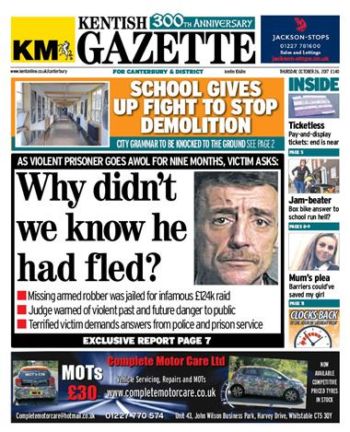 The Kentish Gazette suspended editor Bob Bounds and reporter Alex Claridge after an offensive column about a transgender person in Canterbury, the Press Gazette reported.  “In Canterbury there’s a very obvious transperson,” the column read in part. “Well, I say transperson, but it’s just a bloke with a feminine haircut who wears women’s clothing.”

The Oct. 5 column reported surveying five women in town to ask if they thought the transgender person was a man or a woman, then used the women’s comments as springboards from which to rain insults down on the human target. UK media site uploaded a copy of the print version of the column. 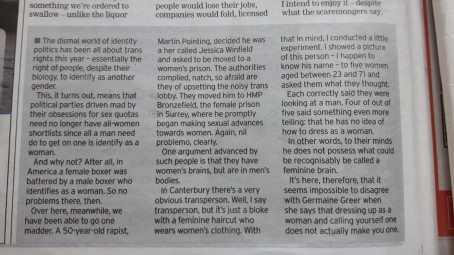 The Gazette published a print apology and critical letters to the editor in its Oct. 12 issue, according to Hold the Front Page. iMediaEthics found a copy of the print apology via Press Reader.  (see apology below). 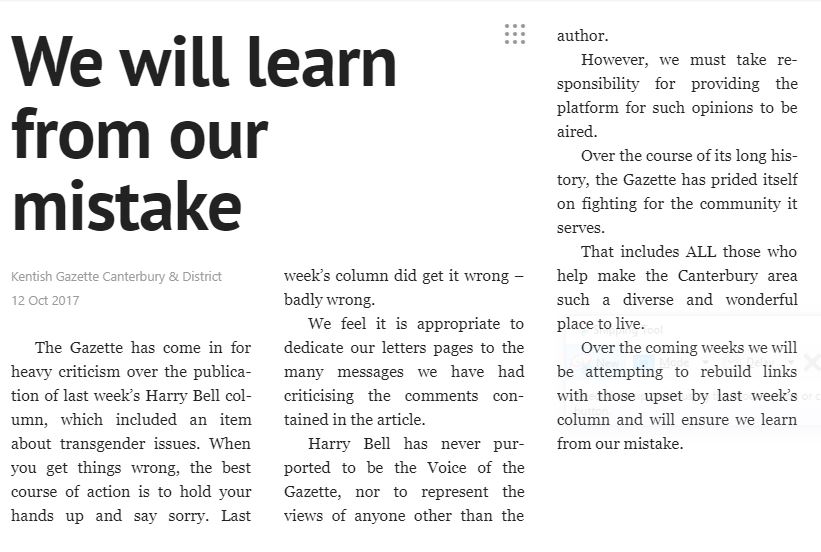