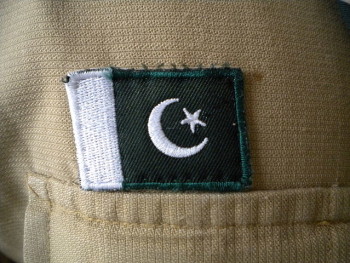 Pakistan’s Press Council Chairman Raja Shafqat Abbasi called for the country’s media to follow its code of conduct and serve as a “guide” for the public, Associated Press of Pakistan (APP) reported.”The media has a code of conduct but there is a need to implement it,” he said.

Abbasi made his comments at a Jan. 28 media event in Lahore titled the “Promotion of ethics in court reporting.” The event was “organised by the Lahore High Court Bar Association in collaboration with the Press Council of Pakistan,” the APP reported.

“The media is not only a representative of people but also a guide,” he said, according to the APP’s report, “Media urged to act responsibly.” He went on, “they should also know what should be published or what not.”

Abbasi elaborated that the press council is creating standards for court reporting. iMediaEthics e-mailed Abbasi to ask for more information about the forthcoming court reporting guidelines and will update with any response.

The event was attended by lawyers and journalists, according to APP.

Pakistan’s press council and Islamabad Bar Association previously held a seminar on media ethics for court reporters, as iMediaEthics’ Malik Ayub Sumbal reported from Pakistan back in 2011. The Jan. 5, 2011 was the first seminar on crime and court reporting, Sumbal wrote.