Prince Philip NOT dead, but UK Sun reported he was - iMediaEthics

Prince Philip NOT dead, but UK Sun reported he was 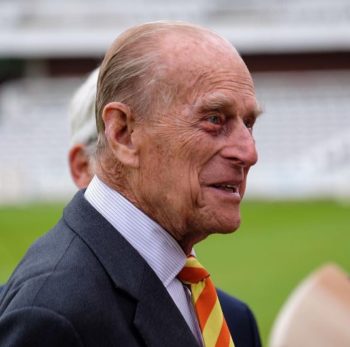 The UK Sun wrongly reported that Prince Philip, husband to Queen Elizabeth, died. Prince Philip did not die, but he did announce this morning he will be stepping down from official duties later this year. There were many online rumors this morning before the prince’s announcement because Queen Elizabeth called an emergency meeting at Buckingham Palace.

The Sun‘s headline, complete with dummy text for reporters to insert cause of death, read, “Prince Philip dead at 95, how did the Duke of Edinburgh die, etc etc.” The article was clearly a pre-written news story in the event of the prince’s death but was mistakenly published.

“The article was deleted within minutes of publication, but continued to appear in searches on Google,” the Independent reported.

iMediaEthics has written to the Sun to ask how long the article was published and how the error occurred.

Many news outlets prepare obituaries for high-profile figures in advance, especially when they are older.

In 2015, a BBC Urdu reporter, Ahmen Khawaja, wrongly tweeted that Queen Elizabeth died. The BBC had been practicing how it will respond when the monarch does die and Khawaja didn’t realize it was just a practice run.

In 2014, People magazine published a pre-written obituary for actor Kirk Douglas, only to delete without transparency.

In late 2012, Germany’s Der Spiegel published an obituary for George H.W. Bush, who is still alive.

In 2011, the Washington Post published a prepared obituary for writer Christopher Hitchens, who had actually died. The problem was the Washington Post hadn’t filled in placeholder text for the cause of death or the exact time, date and place. The article included dummy text for reporters to fill in “cause, place of death.”

Prince Philip NOT dead, but UK Sun reported he was