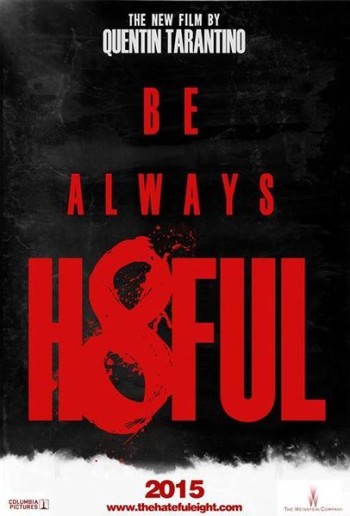 As iMediaEthics previously reported, in January, Tarantino filed his lawsuit against Gawker Media over its blogpost titled, “Here is the Leaked Quentin Tarantino Hateful Eight Script.”  The Gawker Media post, published on the Defamer blog, reported that a copy of the leaked script was published on Anonfiles.com and linked to the website’s posting of the script.

Before Gawker’s story, Tarantino had announced that he was dropping his plans to film The Hateful Eight movie because his script had been leaked.

Gawker wants to get the case dismissed, but Tarantino’s lawyers, as expected, oppose. Read more on the motions below.

After the lawsuit was filed, John Cook, at the time the editor of Gawker, blogged in response to Tarantino’s lawsuit.

Cook maintained that Gawker didn’t “leak” or prompt the leak of The Hateful Eight script, but only reported on the leaked script after a tip. He went on to argue that Tarantino is actually the person who made the fact that the script was leaked newsworthy by talking about the leak in interviews.

Gawker called for the suit to be dismissed in early March. The Hollywood Reporter published the March 10 motion, which claimed that Tarantino hadn’t proved Gawker’s post had led to copyright violation.

The motion also stated that Gawker included the link to the leaked screenplay because it was newsworthy and in fair use. Gawker also noted that it didn’t publish the screenplay or an excerpt, just a link.

Gawker also argued that since its article was about the script being leaked, linking to the script was evidence of its reporting. “Gawker’s readers did not have to take Gawker’s word for it — Gawker was entitled to demonstrate the point by simply linking to the postings so the readers could see for themselves,” the motion states.

Further, Gawker wrote that it didn’t “invite its readers to copy, distribute or make an infringing use of the script,” just to read it if they wanted.

Tarantino’s lawyers at Lavely & Singer responded to the motion to dismiss in a March 24 opposition motion, also published  by The Hollywood Reporter.

The Tarantino motion claimed that Gawker has “made a business of predatory journalism, violating people’s rights to make a buck,” and the publication of the link to the leaked script was just evidence of Gawker going “too far.”

Responding to Gawker’s argument that the story was newsworthy, the motion accused Gawker of encouraging readers to violate the script’s copyright.  “While it may be newsworthy when an unpublished copyrighted work of a prominent writer is infringed, newsworthiness alone does not empower a media outlet to actively encourage and participate in another’s brazen infringement under the pretense of news reporting, especially where, as here, that infringement was instigated by Gawker by its articles,” the motion stated.

Tarantino’s lawyers also argued that Gawker should have just reported that a file upload site had the leaked script and that Gawker shouldn’t have linked to it. As a comparison, the motion suggested, “a newspaper can report that a film piracy ring in, e.g., downtown Los Angeles, has obtained and is selling pirated DVDs of a-not-yet released theatrical motion picture without instructing exactly how, where and when readers can illegally buy their own pirated copy.”

The motion further stated that Gawker’s fair use defense doesn’t apply, but even if it did, it was too early in the court battle to make that judgement. And, the lawyers claimed that Gawker’s links to the screenplay “served no legitimate journalistic purpose.”

iMediaEthics has written to lawyers for Gawker and Tarantino for comment and will update with any additional information.