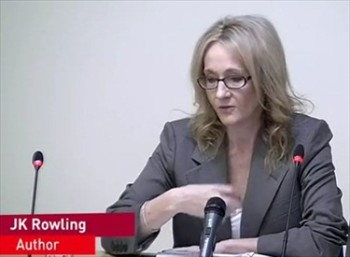 Last week, the UK Leveson Inquiry into press standards saw well-known figures and family members of victims of crimes testify about how press reports have affected their lives. As we wrote, actor Hugh Grant made a number of accusations against UK newspapers during his Nov. 21 appearance and the parents of murdered teenager Milly Dowler, whose phone News of the World hacked in 2002, spoke about the “false hope” they had because of the hacking and the “intrusion” the press made into their lives.

A member of the public identified as “HJK” told the Leveson Inquiry Nov. 24 that his privacy was invaded because he dated a celebrity. The person’s identity isn’t known and is referred to as “HJK.”

According to the Guardian and the Telegraph, the person claimed that “unnamed newspapers” harassed, hacked and tracked this person.  Because of the media coverage, the relationship ended and the person got in trouble at work “after a key voicemail was deleted … without their knowledge.”  According to HJK, a journalist tried to pay him for a story about the celebrity.

HJK was granted anonymity.  See here the Leveson Inquiry’s ruling on the use of anonymous sources.  Leveson explained he would allow anonymity because “The Inquiry has been approached by a number of individuals all of whom describe themselves as journalists working for a newspaper or newspapers either on a casual or full-time basis and who wish to provide evidence to the Inquiry on the subject of the culture, practices, and ethics of the press.”

According to the Telegraph’s live blog, actress Sienna Miller alleged the media has tailed her both by car and on foot and she has been “verbally abused.” As we have written, Miller successfully sued News of the World for phone hacking earlier this year. She was awarded $162,500.

According to her statements at the inquiry on Nov. 24, after private information appeared in the press, she “accused [her] family … of selling the story” when the information ended up having come from hacked phone messages.

Miller told the hearing that “she still hasn’t received full disclosure from the paper about the information they held on her,” the Telegraph’s blog reported.

According to the Guardian, Miller said her friends’ phones were also hacked.

Lawyer Mark Thomson called for a media regulator to address photojournalists and paparazzi, according to the Telegraph’s blog during Nov. 24’s hearing.  Thomson also commented that some outlets, like tabloids, don’t let subjects of articles know about stories in advance is out of fear the person — celebrities, in particular — would get a court injunction blocking the article.  Thomson indicated his big concern is tabloid journalism, as opposed to broadsheets, according to the Telegraph’s blog.

Mosley commented that what he does in private isn’t anyone’s business.  “The rational thing to say is that provided it’s adults, and provided it’s in private, and provided that everybody consents, then it’s nobody else’s business…The idea that it’s the role of the tabloid journalist to pillory people whose tastes may be a little unusual, is completely outdated,” he is quoted as saying.

The Telegraph reported that Mosley also said that “The News of the World story had the most devastating effect on” his son, Alexander, who ended up dying from an overdose. “For your son to see pictures of his father like that.. he really couldn’t bear it. He went back on the drugs,” Mosley is quoted as saying.

Mosley called for a stronger Press Complaints Commission as well.

According to the Telegraph, Mosley joined in Parliament member Tom Watson’s comparison of News Corp. to the mafia.

JK Rowling, the author of the Harry Potter series, spoke at the hearing Nov. 24 as well.  As the Telegraph noted, Rowling “won a landmark ruling in May 2008 banning the publication of a covert long-lens picture taken of her son David, then 19 months, by an agency photographer on an Edinburgh street.”

Rowling said she had to move because the press would hound her house, according to the Telegraph’s blog.  Rowling also commented on the effect the press has had on her children’s privacy. She said that she found a note from a journalist in her five-year-old daughter’s schoolbag and that she went to the PCC after photographs of her daughter in a swimsuit was published.

Rowling also said that after she complained because a newspaper identified her house and address, the newspaper published a picture of her daughter. She also criticized press reports alleging negative things about her husband, the Telegraph reported.

She also called for a stronger media regulatory body.

Madeline McCann “disappeared during a family holiday to Portugal in May 2007.” Her parents, Kate and Gerry McCann spoke to the Inquiry Nov. 23 and said that despite the benefits of media attention in their case, there has been “misinformation” and “confusion.”

Gerry McCann called some of the UK press coverage of Madeline’s disappearance “inaccurate, untruthful and sometimes made up.”

For example, articles suggested the McCanns were implicated in the disappearance which was “offensive and objectionable,” according to the Telegraph’s report on McCann’s testimony.  A Daily Star report suggested that the couple “sold Madeline’s body for money,” which Gerry McCann called “nothing short of disgusting.”  The Daily Star later issued a front-page apology.

Gerry McCann told the inquiry that “on the first anniversary of their daughter’s disappearance, the McCanns decided to do an interview with Hello magazine to promote a campaign for lost and missing children.” In response, the News of the World’s editor Colin Myler “berated” the couple for not giving the newspaper an interview.  “He basically beat us into submission, verbally, and we agreed to do an interview the following day,” Gerry McCann said, according to the Telegraph.

Kate McCann’s diary was also published by News of the World. Kate McCann said she “felt totally violated” and “mentally raped” by the publication, according to the Telegraph’s blog. In response, Leveson called for “an investigation into how the News of the World obtained the diaries.”

Mary-Ellen Field, who used to work for supermodel Elle Macpherson, spoke to the Leveson Inquiry Nov. 22 about the effect of the press on her life, the Guardian reported.  Field was “head of intellectual property and creative services for the tax advisory and accountancy firm Chiltern. She advised Macpherson on business matters, including trademark licences for her lingerie.”

“Macpherson accused Field of leaking stories about the breakdown of her relationship with financier Arpad Busson” when Field was allegedly drunk, according to the Guardian.” However, Field denied the charges.  It turned out that Macpherson and Field’s phones had been hacked.

Field is suing Rupert Murdoch “for damages and lost income,” according to the Guardian.