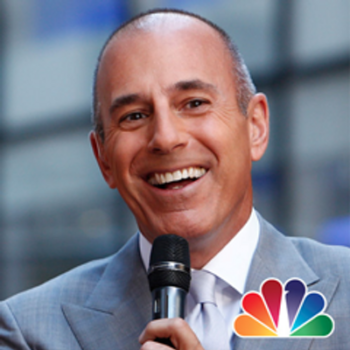 NBC News chairman Andy Lack sent out a statement about the firing, explaining that on Nov. 27, NBC News “received a detailed complaint from a colleague about inappropriate sexual behavior in the workplace by Matt Lauer.”

Today’s Savannah Guthrie and Hoda Kotb read the statement on air this morning. Guthrie said “we just learned this moments ago” and that “we are devastated and we are still processing all of this.”

Guthrie said she is “heartbroken” for both Lauer and the person who came forward to complain.

Lack said it was the “first complaint about his behavior” but NBC News has “reason to believe this may not have been an isolated incident.”

Lauer has worked for NBC News since 1994 and co-hosted Today since 1997, according to the Los Angeles Times. iMediaEthics has written to NBC News and Lauer’s agent for comment.

Earlier this month, Charlie Rose was suspended and then fired from CBS News and PBS after allegations of sexual misconduct.