Russell Brand: I Didn't Cheat On My Girlfriend, Sues the Sun for Libel

Russell Brand: I Didn’t Cheat On My Girlfriend, Sues the Sun for Libel 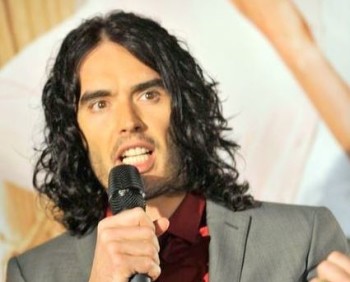 Actor and comedian Russell Brand is suing the UK Sun on Sunday for libel.

In question is the paper’s Nov. 17, 2013 front page claims that Brand cheated on his girlfriend Jemima Khan with a model named Sophie Coady for four months.

Brand claims the story is not true and that the Sun didn’t give him enough time to comment before publication, the UK Press Gazette reported. The lawsuit states in part:

“Despite its self-evidently defamatory and offensive nature, the defendant only sought to put the allegation to the claimant’s PR agent a matter of hours before the print deadline, notwithstanding the fact the newspaper must have already been preparing the story for some considerable time.”

In response to the lawsuit, a Sun spokesperson told iMediaEthics: “The Sun stands by its story and is defending this libel action.”

The article doesn’t appear to be on the Sun‘s website.

Brand immediately said he planned to sue the newspaper after the article was published, Digital Spy noted.

I’m suing the Sun on Sunday (NewsOfTheWorld.20). I’m also returning my Shagger Of The Year awards. (Like John Lennon’s MBE)

Brand also wrote a column for the Guardian on Nov. 29, 2013, slamming the Sun and calling it “the News of the World with a different hat on.” He said the Sun cover story “might not seem like a big deal” but it was. He wrote:

“That’s because it isn’t to anyone, except me or my girlfriend. The pain, disruption and distress, that the Sun inflicted by falsely claiming that I cheated on my girlfriend, in the context of such awesome corruption, is a pale liver-spot on the back of Murdoch’s glabrous claw. “

And on Nov. 20, Brand’s lawyers at Harbottle & Lewis published a report on its website about the libel lawsuit. That statement quoted Brand’s spokesperson as saying:

“Russell has asked the Sun to apologise and withdraw the allegations.  As the Sun on Sunday has so far refused to do so it has been necessary to issue legal proceedings.”

In December 2013, Brand sent a letter to the UK High Court in which he said he had a sexual relationship with the model in question, but it was before he started dating Khan and therefore he didn’t cheat on Khan, according to the Daily Mail.

iMediaEthics has written to Brand’s lawyer for comment on the lawsuit and will update with any response.

Russell Brand: I Didn’t Cheat On My Girlfriend, Sues the Sun for Libel