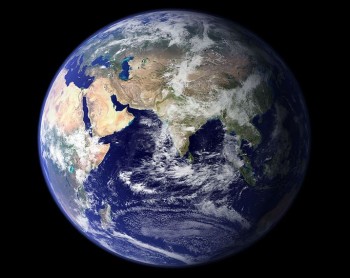 "A composite image of Earth produced by NASA." Via Wikipedia

No, tonight isn’t the longest night in history.

News site Vox issued a lengthy correction today to its Dec. 21 article about today’s winter solstice.  The article has been updated with the following correction:

“Correction: This article originally said that, due to the rotation of the Earth gradually slowing down over time, this winter solstice would feature the longest night ever.

“I got this wrong. The Earth’s rotation is gradually slowing on an extremely long timescale, but on a shorter year-to-year basis, geologic factors can alter the speed as well.

“Data indicates that the rotation speed has actually sped up slightly over the past forty years, likely due to melting of ice at the poles and the resulting redistribution of the Earth’s mass. So, as far as we know, the longest night in Earth’s history likely occurred in 1912. I apologize for the error. Thanks to Steve Allen and Ryan Hardy for pointing it out.”

We got it wrong. Here’s the correction to our article about the longest night: http://t.co/rrLVmW7zqC pic.twitter.com/JEslvMuhh5