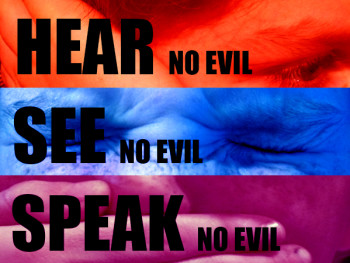 Choudary’s op-ed “blamed France, the cartoonists, and the West for the murders that took place” at French satirical magazine Charlie Hebdo this week, the Daily Dot reported.

Choudary’s Jan. 8 opinion article, “People know the consequences: Opposing view,” questioned, “So why in this case did the French government allow the magazine Charlie Hebdo to continue to provoke Muslims, thereby placing the sanctity of its citizens at risk?” He further wrote,

“Muslims consider the honor of the Prophet Muhammad to be dearer to them than that of their parents or even themselves. To defend it is considered to be an obligation upon them. The strict punishment if found guilty of this crime under sharia (Islamic law) is capital punishment implementable by an Islamic State. This is because the Messenger Muhammad said, “Whoever insults a Prophet kill him.””

Choudary’s bio line for the USA Today piece reads: “Anjem Choudary is a radical Muslim cleric in London and a lecturer in sharia.”

Below see a stream of tweets responding to Choudary’s article.

In response to criticism of USA Today‘s publication of Choudary’s opinion, USA Today editorial page editor Brian Gallagher argued that it was necessary to publish his controversial thoughts because Choudary “has both influence and insight” that may help understand the attack.

“His argument is neither an incitement to violence nor a defense of the murders,” Gallagher wrote. “Both of those would have been unacceptable.”

“Rather, it is a tempered analysis of the motivations behind tragedies like the Charlie Hebdo attack,” Gallagher explained, pointing to Choudary’s argument that “Muslims, passionate in their faith, are duty-bound to reject Western standards of free speech that tolerate blasphemy to the prophet.”

“Most Americans repudiate this reasoning, and so do more tolerant Muslims. But that doesn’t make understanding it any less important,” Gallagher argued.

Choudary’s point of view “needs to be understood and countered,” Gallagher commented. “Ignorance is not bliss, and the long contest against extremist Islam will not be won by donning blindfolds,” he added.

iMediaEthics has written to USA Today to ask how many complaints it received and how it ended up with the column – if it asked Choudary for it or if he brought it to USA Today.