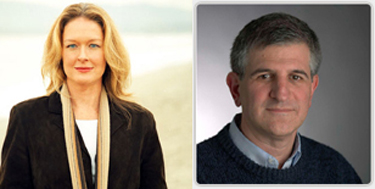 Libel law is a vital tool for protecting people from the harm of journalism gone wrong. Recently, however, some experts have questioned whether it is being used to attack journalism gone right. Case in point: Several recent libel suits against science journalists.

StinkyJournalism recently cited the cases of British journalist Simon Singh and doctor Peter Wilmshurst. Now, another science writer is being sued for libel for a piece StinkyJournalism praised as an example of strong ethical science journalism. Writer Amy Wallace, along with one of her sources, Dr. Paul Offit and Condé Nast (publisher of Wired magazine), are being sued for $1 million by Barbara Loe Fisher of the National Vaccine Information Center.

Fisher’s suit contends a passage from Wallace’s Wired story, “An Epidemic of Fear,” was defamatory. In the passage, Wallace quotes Dr. Offit saying Fisher has spread false information about him. “She lies,” the quote reads:

Fisher, who has long been the media’s go-to interview for what some in the autism arena call “parents rights,” makes him particularly nuts, as in “You just want to scream.” The reason? “She lies,” he says flatly.

Fisher is the founder of the National Vaccine Information Center (NVIC), which, despite its science-sounding name, is a largely ideological, anti-vaccination group. Wallace’s piece criticized the organization, among others, for spreading misinformation about the safety of vaccines and erroneously arguing that vaccines cause autism.

From my long reading of misleading statements Fisher has made both about Offit and about vaccine safety on the NVIC website, it seems possible that she might knowingly make false statements to discredit Offit, a figure her organization and other anti-vaccine groups have notoriously attacked. At the same time, she could easily have made such statements out of ignorance or error and, therefore, not “lied” in a strict sense of the word that indicates intent.

To publicly call someone a liar is serious business. Media and writers know before publication such personal attacks may very well draw libel claims. So why did Amy Wallace, Dr. Paul Offit and Condé Nast take the unnecessary risk? After all, factual points can be made without such personal attacks.

Others have called into question the purpose of the suit, arguing it makes little sense that Fisher has suffered $1 million in damages from that specific sentence in Wallace’s article. As Orac, a pseudonymous science blogger, points out, anti-vaccine advocates support  Fisher and other public figures regardless of what the established science or media publish. There is little reason they would take a statement from a scientific article arguing against their case–especially one from Offit–to heart.

“Is Barbara Loe Fisher filing this suit because she is truly worried that her reputation may be damaged by Offit’s accusation?” John Snyder asks at The Gotham Skeptic. “I doubt that anything… could damage her reputation in the minds of her followers. This is, once again, a hallmark of the anti-vaccine contingent – absolute, dogmatic, unshakable belief in one’s views, and Loe Fisher is the emblematic leader of the cause.”

As in other libel cases against science writers, Fisher’s goal in this venture may or may not have more to do with intimidating Wallace, Wired, and others from antagonizing her organization. Steven Novella writes at NeuroLogica, “The ability to sue for libel is an important right to redress legitimate wrongs. But this right can easily be abused to silence open discussion.”