Will the UK remain a "libel tourist" destination?

Will the UK remain a “libel tourist” destination? 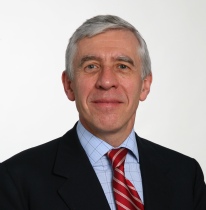 Britain's Lord Chancellor and Secretary of State for Justice Jack Straw, pictured on his Government Web page, is behind libel law reform.

Libel laws in Britain might become a little less public-friendly and a little more media-friendly.  That is, if changes to legislation make it through the House of Commons.

Britain has long been known as a libel tourism destination. Justice Secretary Jack Straw and the Ministry of Justice are trying to change that.  Celebrities and companies head to Britain to sue for libel because it’s easier there than in the U.S, The Associated Press reported.

As BusinessWeek stated, libel tourism is “when foreigners bring cases to U.K. courts in hopes of a more favorable judgment than they might get in their home countries.   Because current libel laws make it is easier to sue the media, corporations, celebrities and individuals will take cases of libel to Britain for a better chance of success.”

In 1990, California Governor Arnold Schwarzenegger was one of the first celebrities to take his case to Britain and win, according to a report by the Associated Press. Other high-profile British libel cases include companies McDonald’s and General Electric, and the celebrities Justin Timberlake, Elizabeth Hurley, Kate Moss and Kate Hudson.

“Our current libel laws need to achieve a fair balance between allowing people to protect their reputations from defamatory allegations, and ensuring that freedom of expression and the public’s right to know on matters of public interest are not unnecessarily impeded. At the moment, we believe that the balance is tilted,” the Associated Press reported Jack Straw said.

The Guardian reported Justice Secretary Jack Straw said that “he wanted to bring an end to libel tourism, adding that he was ‘horrified’ by the case of a leading British doctor, Peter Wilmshurst, who is being sued by a U.S. company after he questioned the effectiveness of a heart implant.

The Ministry of Justice’s complete report of libel law concerns is available on its Web site.  The report said it “gives an indication of the range of views that exist on (four principal areas of libel law) and identifies options for action.”

“The changes [we are proposing] reflect real concerns by not only the big media organisations but also many others about the fact that the libel laws were actually constraining freedom of expression,” The Guardian reported Straw told BBC Radio 4’s Today programme.

The Guardian reported Straw said the changes would limit plaintiffs to only suing one publication (instead of every publication that re-reports) and extend “the defense of fair comment to a ‘statutory defense for decent responsible journalism’.”

“The other thing I am doing, and this is going through separately, is restricting the costs which a successful claimant on a no win, no fee basis can make against media organisations, because that has really been seriously undermining the finances of local and regional newspapers, and quite gratuitously,” The Guardian reported Straw said.

The Washington Post‘s Foreign Service stated, “A 2008 Oxford University study found that the cost of defending a libel case in England was 140 times higher than the average of 11 other European countries.”

The Associated Press reported that “A committee of House of Commons legislators voted to delay proposed changes to current laws, which would sharply cut fees charged to both defendants and complainants by lawyers representing them in libel cases….  Britain’s justice ministry said it hopes the planned laws can be debated again before Britain’s Parliament is dissolved ahead of an election likely to take place in May.”

The Press Gazette wrote, “the Government lost a key vote” on the proposal to cut fees for winning libel cases from 100 percent to 10 percent.

“At present, lawyers working on conditional fee arrangements (CFAs) can claim success fees of up to 100 per cent – doubling their normal fees – from the losing defendants in defamation and privacy cases.  Media organisations say the success fee, intended to enable lawyers who work on CFAs to use the money raised to finance any cases they lose, have made costs in defamation and privacy cases grossly disproportionate.  They also say it has had a chilling effect on freedom of expression, with editors either not running stories because of the risks of a highly expensive libel action, or settling cases they might be able to defend simply to avoid huge costs” Press Gazette reported.

BusinessWeek noted that the Britain’s libel laws are “considered friendlier toward plaintiffs.”

“Libel laws in the U.S. generally require plaintiffs to prove a published article was both false and written maliciously. In Britain, the burden of proof falls on the defendant to demonstrate what it published was true,” BusinessWeek reported.

But, as the Associated Press stated, “Media organizations in Britain have long complained that excessive fees mean they often can’t afford to defend themselves in defamation cases, stifling free expression and curtailing investigative journalism. Some say they’re simply unwilling to run potentially contentious stories because of the risk they could be sued.”

On The Guardian’s Web site, a law professor at the University of Durham Gavin Phillipson argues that a complete change of the current libel laws isn’t necessary, specifically because Britain already has a public interest defense.  Phillipson does agree with certain elements – making litigation cheaper, limiting libel tourism, making the laws a little easier to understand – but, he wrote that “reversing the burden of proof” from the media to the person suing isn’t a good idea.

Phillipson wrote, “the law would then presume that any allegations about you, however damaging, were true, just because they had been published.”

The 1999 Reynolds v Times Newspapers Limited and Others case is the public interest defense for journalists.  The standard, Phillipson summarized, is:

(a) the information published is on a matter of legitimate public concern (like an allegation of wrongdoing in public office) and
(b) the journalist took reasonable care in researching and verifying the story.

Phillipson continued, “Does that sound fair enough? It’s good journalistic practice in any event. The law could be clearer, but it’s there.”

Phillipson wrote that the United States standard, found in the 1964 New York Times Co. v Sullivan case, gives the media almost free reign to write about public figures – even if it’s defamatory. That, he said, shouldn’t be applied in the UK.

“The idea of removing from the British media a requirement that, before defaming such people they should check their facts, strikes me as a pretty frightening prospect; moreover, there sometimes seems to be an assumption that the US approach is the norm in democracies. It’s not. It’s the exception. Which leads on neatly to the fact that English libel law is not out of step with most other countries. English libel law strikes broadly the same balance between reputation and speech rights as the law in Australia, Canada and South Africa; in fact Canadian law only last year introduced a defense of public interest based on Reynolds. The English law approach is the norm – in fact it’s more liberal than in some European countries, such as Austria or France.”

As the Electronic Frontier Foundation stated on its Web site, the United States defamation laws require negligence to be proved:

“A private figure claiming defamation—your neighbor, your roommate, the guy who walks his dog by your favorite coffee shop—only has to prove you acted negligently, which is to say that a ‘reasonable person’ would not have published the defamatory statement.

“A public figure must show ‘actual malice’—that you published with either knowledge of falsity or in reckless disregard for the truth. This is a difficult standard for a plaintiff to meet.

While Britain’s libel laws may need some updating, the questions remain: Does Britain’s popularity for hosting libel cases flag weaknesses or strengths of other countries’ libel laws, and who do these laws benefit most?

StinkyJournalism has written to Straw and will update with any response.

Will the UK remain a “libel tourist” destination?