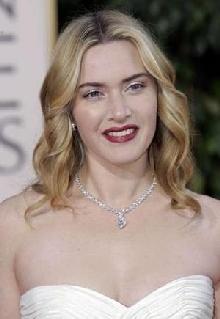 Winslet did appear at the 2007 Golden Globes, and that’s the photo of her that was overlaid into the Council Awards photo to create the fauxtograph.

This is deception by the Liberal Democrats. The photo should have been clearly labeled as a collage, or included a clarification that said Winslet did not attend the Council Awards and is not associated with or endorsing the party.