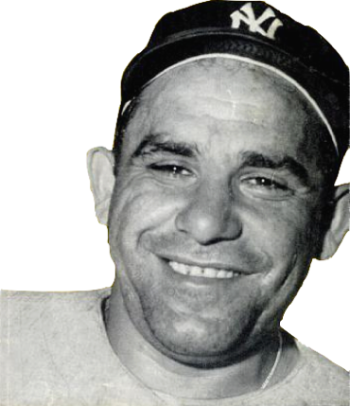 But the Associated Press’ initial report on Berra’s death made a boo boo, by saying that Yogi Bear died, according to several re-publications of the wire story, which was sent out in the early hours of Sept. 23. Yogi Bear is of course a cartoon character.

A later AP story on Berra’s death, from 6:09 AM, fixes the error and notes: “He was a fan favorite, especially with children, and the cartoon character Yogi Bear was named after him.”

Boo Boo was the character’s side-kick. 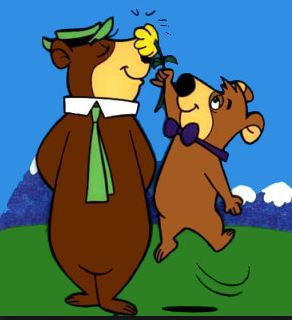 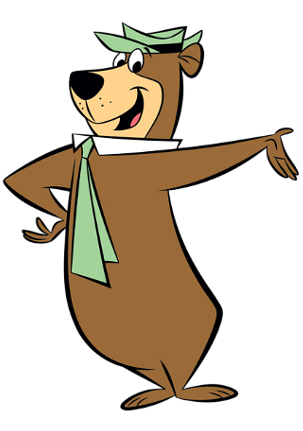 See below the AP story on the Washington Post‘s website. 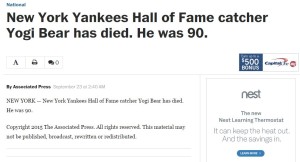 And the Las Vegas Sun‘s (caught by Mark Loundy):

And the Valley Dispatch: 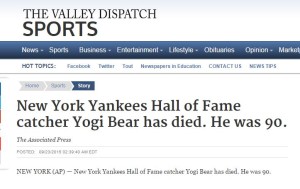 iMediaEthics has written to the Associated Press to ask if it posted a correction on its wire.