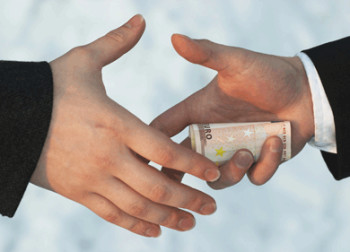 Former News of the World royal reporter Ryan Sabey aided and abetted misconduct in public office because he paid a soldier for stories about Prince Harry, the UK Press Gazette reported.

Sabey is the third “out of 18 tabloid journalists so far put on trial on corruption charges linked to payments to public officials for stories,” according to the Guardian.

The first convicted journalist was Dan Evans, formerly with the News of the World and Sunday Mirror. Evans confessed to listening to hacked phone messages and pleaded guilty to phone hacking, paying a prison officer and police officer and lying in a statement to court, as iMediaEthics previously reported.

The second is an unnamed journalist “who cannot be named for legal reasons,” the Guardian and the BBC reported. Sabey’s conviction was just made reportable recently after “legal reasons” prevented the news from IDing his verdict.

Four Sun journalists were cleared of making illegal payments to public officials earlier this month, as iMediaEthics has reported.

The News of the World and the Sun paid the soldier, Paul Brunt, “more than £16,000” between 2006 and 2007 for story information and photos related to Prince Harry, according to te Press Gazette. Brunt was found guilty of committing misconduct in a public office for making the deals with both papers, the Guardian reported.

News UK declined to comment to iMediaEthics about the conviction.

Sabey defended the payments as necessary for reporting in public interest, calling Brunt a “whistleblower,” and added that his bosses OKed his actions, according to the Press Gazette and the Guardian

In addition to paying for stories, Brunt also got money to “keep him sweet” and make sure he continued turning information over to the papers, the BBC reported.

Brunt approached the News of the World to sell his stories about Prince Harry, according to the Guardian.