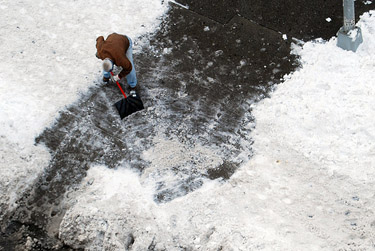 A quick note for climate reporters and interested bloggers working in the Northern Hemisphere this winter: Just because it’s snowing where you sit, doesn’t mean you have disproved global warming.

iMediaEthics has written before about how easy it is to confuse weather with climate in science reporting. Climate change skeptics often harp on stories where a tenuous connection is drawn between a single weather event, like a large wildfire, and the broad issue of anthropogenic global warming. But, hypocritically, some of those same critics have turned around during this cold season to argue that local snowstorms are proof that planet-wide warming has slowed, or stopped.

There are two misunderstandings here. One is an issue of seasonality, and a failure to understand that even though we may have a cold December in the Northern Hemisphere, summer temperatures in the Southern Hemisphere or elsewhere could still be quite above average. (For more on this problem, this Huffington Post piece offers a good explanation.) The other misunderstanding hinges on the difference between climate and weather. Cold in the short term does not mean a colder climate, just as one particularly hot Tuesday doesn’t mean global warming.

The Union of Concerned Scientists released a letter January 8, “UCS Backgrounder: It’s Cold and My Car is Buried in Snow. How Can Global Warming be Happening?” offering some guidance on this issue. They write,

There is a significant difference between weather and climate. Weather is what we experience on any given day or even over a couple weeks. Climate describes a region’s prevailing conditions — including such things as temperature, rainfall, wind, humidity and atmospheric pressure — over long periods of time.

A commentary piece by Ron Smith in the Baltimore Sun is a good example of this weather-climate mixup. Smith seems to misunderstand that the evidence for anthropogenic climate change is not made up of a measurement of a single day’s or a week’s weather, but on climate analysis in the long, long term. This is a shallow misunderstanding of the nature of the evidence for global warming. Smith’s argument that “to the dismay of the believers that man-made greenhouse gas emissions are causing what will quickly be cataclysmic warming… the reality is we are in the grip of exceedingly cold temperatures throughout most of the Northern Hemisphere,” would only hold up as proof against global warming if the evidence for global warming was something like “It was hot in August this year.” )

Discover magazine writes that these mistakes are nothing new.  Some Journalists have been trying to jump the gun, they write, seeking to explain the issue to readers before too many “It snowed on me so Global Warming must not be real” stories pop up.

Andrew Freedman asks in the Washington Post, “should stories detailing heavy snows and record cold temperatures even mention that this weather is occurring in the context of a climate that is warming overall, with the 2000s going down in history as the warmest decade in the instrumental record? Or should they assume that the reader understands what most scientists have long maintained?”

“In my view,” he writes, “journalists should make an effort to include the broader climate context whenever it is scientifically justified. That means that it might be unnecessary to mention climate change in a story about a short-term cold snap, but could be integral to a story on heavy snowfall.”

This preemptive explanation may or may not be warranted. At the very least though, journalists should be working hard to avoid erroneously connecting recent cold weather with overall climate trends.