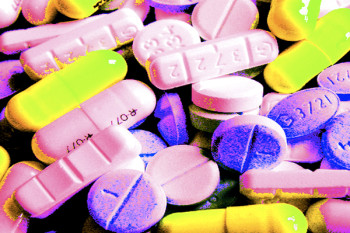 The Inquisitr backed off claims that actor Malik Yoba was fired from Fox’s Empire TV show resulting from a drug problem.  Yoba played Vernon Turner, who (spoiler alert) in the season finale this month was killed.

Yoba denied what the Inquisitr now admits were rumors, tweeting followers a link to his interview with Jet magazine.  He flagged that the stories were based on anonymous, unverified claims and that he wasn’t contacted for comment.

“If you look at the original article it says no sources have been confirmed yet, but that was enough to get people responding to a salacious headline and then re-posting it and re-distributing it without doing any fact checking,” Yoba said to Jet. “I absolutely never had any issues with substance abuse; that’s not consistent with what I’m about. So, the fact that it’s just been circulating so wildly and irresponsibly is a sad fact.”

Yoba added that no one contacted him to verify the story.  “The saddest part is that the same publications and radio stations that will ask you to interview to promote something you’re doing…they never called, never reached out to me to see if any of it is true, but people want to promote it for quick views and likes.” Yoba tweeted about the false story:

Good morning Fam! Just in case ur concerned about the rumors http://t.co/BoN8ahZD9E

“No one legitimate” reported the story, Yoba remarked, noting that he spent time and money battling the false rumor.

In an interview with TMZ, Yoba claimed “The Inquistr started this,” and that an unnamed “rogue blogger” in Thailand was responsible for the rumor.

The Inquistr apologized for its error in citing the rumors, however it denied that its staff started the story. iMediaEthics has asked the Inquisitr for more information about this in light of Yoba’s claims. The March 26 retraction states

“Stories previously published, within the last week at the Inquisitr, had attributed to unfounded rumors regarding actor Malik Yoba and his departure from the popular show, Empire. While no Inquisitr writer was responsible for generating said rumors, which alleged substance abuse, the Inquisitr’s management and editorial staff would like to officially retract these stories in full and apologize to Mr. Yoba for any duress he may have endured as a result of these reports.”

A Google search for stories about Malik Yoba on the Inquisitr produces caches for two articles that have since been unpublished: March 23’s “Malik Yoba Fired For Drugs? ‘Empire’ Star Fights Back Against Substance Abuse Rumors” and the March 24th “Did Terrence Howard Push Malik Yoba To Get Fired From ‘Empire’?”

The March 23 article claimed,, “Malik Yoba was reportedly fired from Empire for drugs, with insiders saying hiss substance abuse was causing problems on the set and eventually prompted Fox execs to step in.”

While the Inquistr‘s article didn’t name any sources for its claims, it linked to the website whattheeff.ca when saying an anonymous source “close to the show” confirmed “Yoba was fired for drugs.” The Whattheeff.ca link goes to an error page.  A search of the site for Yoba’s name produces no results.

The Inqusitr article went on to admit it didn’t have any evidence for the claims, “Despite the now widespread rumor, there is no verification that Malik Yoba was fired for drugs. And the official word from Empire show-runners was that Vernon Turner was killed off as part of a planned shake-up at the end of the first season, with neither Yoba nor Lee Daniels speaking publicly about the rumor.”

The second article by the Inquisitr, on March 24, added claims that Emprie star Terrence Howard was responsible for the firing out of jealous. That article said:

“Did Terrence Howard get Malik Yoba fired from Empire? Originally, the Inquisitr reported Fox executives weren’t happy with Yoba due to his alleged drug use, but perhaps Howard’s insistence was all the push Fox needed to give creator Lee Daniels an ultimatum?”

The article linked to the Mail Online’s story based on anonymous “sources close to” the show.