What is Mx.? Gender-Neutral Pronoun used by NYTimes as Honorific - iMediaEthics

What is Mx.? Gender-Neutral Pronoun used by NYTimes as Honorific 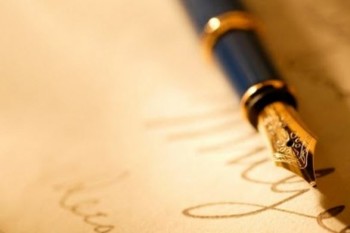 The Times‘ Nov. 25 story, “At Bluestockings, a Manhattan Activist Center, Radical is Sensible,” refers to a Bluestockings‘ staffer as Mx. with a last name and noted the staffer “prefers not to be assigned a gender — and also insists on the gender-neutral Mx. in place of Ms. or Mr.”

Mx. is pronounced “mix,” Time reported last month. “Dating back to at least the late 1970s, the M was taken from the first letters of those gendered honorifics, and the x was attached to suggest an unknown quantity or thing, like it might in algebra class,” Time said.

What is Mx? The Observer explains:

“While still unfamiliar to many, the honorific has made even bigger strides since June. Earlier this month, it was added to Dictionary.com and is being considered for addition to the Oxford English Dictionary. Using non gender-specific identifiers presents a notable challenge to journalists who rely on pronouns for clarity and to break up the monotony of proper names.”

In an e-mail to iMediaEthics, New York Times standards editor Philip B. Corbett repeated his comments he also made to the Observer about Mx.: “As I’ve said to several others who have inquired, in my view, it’s too soon to set down any clear-cut style guidelines in this area. Our approach on style decisions is generally to follow accepted, settled usage, not to make the rules. But in referring to people who don’t identify as male or female, I think usage is still evolving and there’s not one settled or widely recognized set of guidelines.”

“In the meantime, we just have to discuss situations case by case,” he added. “The two main goals are to be respectful to those we write about, and to be clear to our readers.”

Corbett laid out his position back in June, telling the Times then “I don’t think we’re likely to adopt Mx. in the near future.” Corbett said the term was “too unfamiliar to most people, and it’s not clear when or if it will emerge as a widely adopted term.”

What is Mx.? Gender-Neutral Pronoun used by NYTimes as Honorific