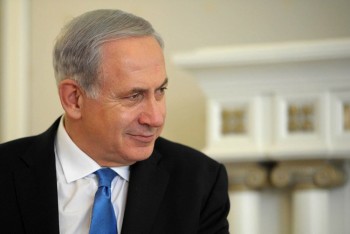 Israeli journalist Igal Sarna must pay about $30,000 U.S. because he didn’t contact Israeli Prime Minister Benjamin Netanyahu or his wife before posting claims about them on Facebook. Not contacting the couple “cancels his defense” that the post was “in good faith,” the Tel Aviv judge ruled, according to the Jerusalem Post.

Sarna, who writes for Tel Aviv-based daily national newspaper Yedioth Ahronoth, posted on Facebook in 2015 that Sara Netanyahu threw her husband out of a car during a fight. Sarna told iMediaEthics in March he stood by his Facebook post, which he said was based on anonymous sources.  His Facebook page, which has 25,000 followers, identifies him as a a Yedioth Ahronoth employee. iMediaEthics asked Yedioth Ahronoth back in March, at the time of the trial, and again this week if it was involved in Sarna’s defense.

Sarna didn’t give up his anonymous sources, the Washington Post noted, and Netanyahu testified, “everything Sarna said was a lie.”

Judge Azaria Alcalay ruled “the publication was, at least partially, malicious and ugly, intended to humiliate and shame the plaintiffs,” the Times of Israel reported. Alcalay warned that it didn’t matter the claims were published only on Facebook and not in Sarna’s newspaper. “It is very important that as much as possible people internalize that they can not publish anything they want, especially if it is untrue and defamatory,” Alcalay ruled.

Alcalay went on, “Because (the prime minister) is a high-level public figure, attributing such an incident to him is offensive, insulting and embarrassing and creates the image of a weak, insecure man who is controlled by his wife.”

While the Netanyahus sued for 280,000 Israeli shekels, the judge only fined Sarna 115,000 shekels (about $32,000). The Netanyahus said after the ruling, according to the Jerusalem Post, “Finally, justice has been done.”

In a Facebook post after the ruling, Sarna said “it is an expected verdict on these dark days.” He went on, “this is only the beginning of the struggle against the demand for silencing, the silence of the security system and the general silence that descends on us.”