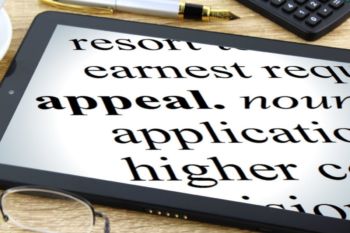 Last year, Israeli prime minister Benjamin Netanyahu successfully sued journalist Igal Sarna over his Facebook post claiming Netanyahu’s wife threw him out of a car during a fight.  Because Sarna didn’t contact the Netanyahus before publishing his Facebook post, a Tel Aviv judge ruled his post wasn’t in “good faith” and Sarna had to pay about $30,000 U.S.

Sarna’s appeal argued that the lawsuit was “a strategic attempt to silence critics by overwhelming them with legal fees needed for their defense until they withdraw their comments,” the Times of Israel reported. In addition to losing the appeal, Sarna must now pay 20,000 shekels (about $5,850 U.S.) in court fees.

Actor James Woods was sued for libel and invasion of privacy over a tweet in which he used a photo of a person giving the Nazi salute at a Donald Trump rally in 2016 and commented “So-called #Trump ‘Nazi’ is a #BernieSanders agitator/operative?” But,because he used the question mark in his tweet, U.S. District Judge George Smith ruled the tweet wasn’t defamatory, but rather a question that was “susceptible of more than one interpretation,” Courthouse News Service reported.

Before the lawsuit dismissal, and after Woods’ tweet, the woman identified complained, and Woods deleted his tweet, according to Courthouse News Service. The judge ruled, “The question mark leaves open the real possibility that reasonable readers would interpret the tweet as a mere inquiry signaling Woods’s lack of certainty and inviting his followers to reach their own conclusions.”

Hopkins attempted to appeal the ruling, but UK Court of Appeal judge Lady Justice Sharp ruled in January that “none of the grounds raised has a real prospect of success, and there is no other compelling reason why an appeal should be heard,” the Independent reported.