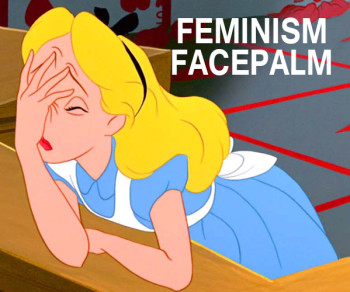 Emma Watson, UN Women’s goodwill ambassador, delivered a powerful and heart-wrenching speech Sept. 20, at the United Nations, to warn of the stark realities women face due to gender inequality.

While most news sites focused on the impact of her speech, the UK Mail focused its coverage on her outfit.

Watson, spearheading UN Women’s new Heforshe campaign, addressed global leaders on the issues surrounding feminism and invited men to fight alongside women to mitigate the demonization of feminists as “man-haters.”

Watson received a standing ovation for her words as Mail Online, the website for the Daily Mail, praised her “elegant oatmeal dress,” effectively missing the entire point. The Mail‘s Sept. 20 story was titled: “She means business! Emma Watson is smart and sophisticated in belted white coat dress at UN event in role of Goodwill Ambassador For Women.”

The Mail commented on Watson’s “formal yet stunning ensemble,” the part of her “brown locks,” and her makeup, which the Mail characterized as “understated but natural.”

“Completing the look she added a metallic belt and conservative black pumps,” the Mail added.

But her speech attire wasn’t all that grabbed the Mail‘s attention. After all, she also changed outfits later that day. “She later changed into a sleeveless black silky midi-length dress for a party in honour of the occasion,” the Mail reported.

The Mail described Watson as “beauty” twice plus “beauty and brains,” “worldly,” prestigeous,” [sic]  “doing good,” and “sleek and sophisticated.”

One caption from the nine photographs of her that the Mail peppered throughout the article seemingly complimented her style evolution, writing “Watson has come a long way from the wild haired schoolgirl Hermione Granger in the Harry Potter franchise.”

This shameless focus on Watson’s clothes instead of the substance of her speech begs the question: Did the Mail’s staff even listen to what Watson was saying? Did they listen when she expressed her disgust at being sexualized by the media from the age of 14?

“I started questioning gender-based assumptions…When at 14 I started being sexualized by certain elements of the press,” Watson said, “When at 15 my girlfriends started dropping out of their sports teams because they didn’t want to appear muscly.”

On the other hand, in the same article, the Mail reported on actor Leonardo DiCaprio and his accomplishments without resorting to describing his outfit, hair, or shoes. This suggests a double standard. The Mail said of diCaprio,

“‘His global stardom is the perfect match for this global challenge,’ said the UN chief.”

And, as another comparison, when DiCaprio delivered a speech at the Climate Summit on Sept. 23, the Mail provided a wholesome coverage of what he had to say without once mentioning the color of his suit or the length of his ponytail. Was this because the reporter was more attentive or because DiCaprio was born with a Y chromosome?

The article acknowledged DiCaprio “is known for dating supermodels,” but suggested that was a bad thing but it was OK because he is pro-environment. One photo caption reads:

“His love life is headline news: The Wolf Of Wall Street star, pictured with latest girlfriend Toni Garrn in April, is known for dating supermodels, but he has been committed to helping the environment since the nineties.”

The Mail also touted the work DiCaprio will do advocating for climate change action, his foundation’s work, and his “many accolades for his work.” What a different tone than the Watson coverage, which devoted ink to her looks instead of her acomplishments.

Finally, a Sept. 23 story about DiCaprio’s attendance at the UN Climate Summit and signing up for Instagram also didn’t focus on, much less mention, DiCaprio’s appearance.

Mysteriously, the Mail deleted the byline on the Watson story. Perhaps the Mail reporters were embarrassed?

The Mail originally credited the story to two reporters, according to a screenshot of the article posted on Twitter.

But, that wasn’t it for the Mail‘s coverage. About eight hours after the initial Sept. 20 story purporting to be about Watson’s speech but mostly about her clothes, the Mail published another article about Watson.

This article also carried no byline when iMediaEthics viewed it Sept. 24. It was headlined “Hermione the humanitarian: Harry Potter star Emma Watson says she’s experienced sexism since she was eight in speech as UN Women Goodwill Ambassador.”

One can question whether it was demeaning for the Mail to refer to Watson, a Brown University graduate and UN spokesperson, as her childhood character Hermione from Harry Potter, or whether the Mail was referring to Watson by her best-known role.

The article began by again pointing out her appearance. “With her elegant outfit and chic make-up, Emma Watson looks all set for another film premiere,” it states.

Although it is common knowledge the correlation between a woman’s appearance and her self-worth is perpetuated relentlessly by popular media, the Mail successfully emphasized the glaring truth of this women’s rights issue with its superficial coverage of what was meant to be an empowering moment in the history of gender-equality.

On Sept. 24, the Mail did publish a story devoted to the contents of Watson’s speech. Interestingly, the story was published under the “FEMAIL” section of the Mail, which identifies itself on Twitter as “Fashion, beauty, health, food and relationship news.”

The Mail commented in its article:

“Here on FEMAIL we couldn’t agree more that feminism in its fourth wave should be as inclusive and open as possible, and we join Emma in saluting all men coming who come out as feminists in support of HeForShe – simply announcing their belief in gender equality.”

Apparently, the FEMAIL section didn’t see the Mail’s other coverage of Watson.

Below, check out a handful of tweets critical of the Mail’s coverage.

And the Nobel Prize for Just Not Getting The Point goes to…http://t.co/r0MvYk83TI

Emma Watson addresses the UN on the importance of not demeaning women. The Daily Mail reviews her outfit. pic.twitter.com/0MZKSGtnT6

http://t.co/upk3WGcg5f @DailyMailUK reducing an eloquent and impassioned feminist speech down to the clothes @EmWatson is wearing!

iMediaEthics contacted the Mail Online for comment. While Mail spokesperson Sean Walsh did acknowledge our inquiries, and we extended our deadline for a response, as of publication, the Mail did not provide a response.