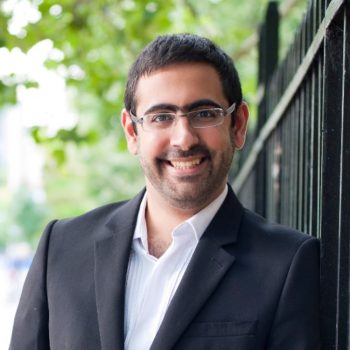 Miqdaad Versi has gotten British news outlets to correct more than a dozen errors in reporting on Muslims in the past few months. Versi, the Assistant Secretary General of the Muslim Council of Britain, told iMediaEthics he started monitoring the media after noticing frequent misreporting about Muslims, which led to decreased trust in mainstream journalism.

Versi has called out errors and successfully obtained corrections through the UK press regulator IPSO or working directly with newspapers. iMediaEthics has reported on several of these, which prompted this report today into the background. The four stories we have reported on are claims a murder was an Islamic honour killing, claims British Muslims think the UK is mostly Muslim, and false claims that a man shouted “Allahu Akbar” before opening fire inside a Spanish supermarket.

The Council, however, has also been a source of controversy for its views on Holocaust Remembrance Day and Hamas.  A 2015 report by the UK government on the Muslim Brotherhood in the UK stated the Muslim Brotherhood “played an important role in establishing and then running the Muslim Council of Britain (MCB)” in the 1990s. The Council’s website states it is “a national representative Muslim umbrella body with over 500 affiliated national, regional and local organisations, mosques, charities and schools.”

“I recognised that articles which seemed to be misreporting Muslims was consistent, and saw reports that demonstrated a link between media reporting and the atmosphere of hostility towards Muslims in the broader society,” Versi told iMediaEthics over e-mail. “Trust in journalism is very low (similar to estate agents and politicians) and given that in a democracy, the media plays a vital role in holding authority to account, this type of figure is not good. I want to play a role in improving that trust – at least on these issues.”

The BBC profiled Versi, noting that he had filed “more than 50 complaints to newspapers and to IPSO, the press regulator” with eight corrections in December. Versi said part of the problem is that corrections don’t get as much attention as the original errors. “Inaccurate reporting leads to hostilities against Muslims and that’s a problem not just for Muslim communities, but for the wider society,” he told the BBC.

Versi has written a series of opinion pieces for the Guardian about errors in reporting on Muslims and Islam.

In addition to the complaints Versi has filed, British newspapers have corrected other serious errors, including the Mail’s false claims linking a family to extreme terrorism, and the Sun‘s false claim one in five British Muslims sympathize with jihadis.

Update: We are continuing to investigate this story and will have another installment in the coming days. Several paragraphs that were previously published in this story will be included in our follow-up.