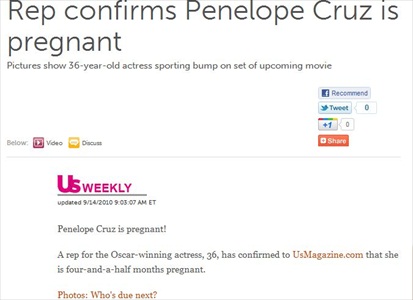 MSNBC was sued by Matrix Photo for their inclusion of a photo of Penelope Cruz with the above story. (Credit:MSNBC.com)

Media Bistro’s Web Newser reported that MSNBC was sued by a photo agency on Nov. 19 for publishing a copyrighted photograph of actress Penelope Cruz without permission.

The picture was of Cruz “strolling on the beach” and reportedly “revealed Cruz was pregnant.”