Poll: Who Should Decide Which Restrooms Transgender People Should Use? - iMediaEthics 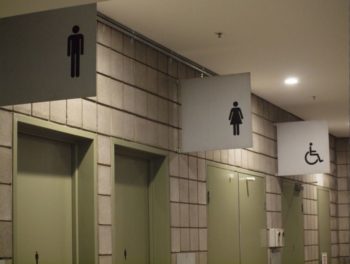 One of the main issues in the controversy over transgender people using restrooms based on their gender identity is this: Who should make the decision – the owners of the restrooms, the state, or the federal government? A new iMediaEthics poll examines the public’s preferences.

The issue was ignited when North Carolina recently passed a law that requires transgender people to use only the restrooms that correspond to the gender they were assigned at birth, and not the gender they currently identify with.

In response, the Obama administration issued a directive to public schools warning them that they must allow transgender students to use restrooms based on the gender they identify with, or risk losing federal funding.

According to Fox network, the question as to who should decide whether to restrict transgender people’s use of restrooms was immediately raised by “outraged conservatives,” with Texas Lt. Gov. Dan Patrick arguing that his opposition “has everything to do with keeping the federal government out of local issues.”

As already reported on this site, a new iMediaEthics poll, conducted May 5-8, found three of four Americans okay with transgender people using restrooms that correspond to their sexual identity. This includes about a quarter of Americans who feel strongly in favor of that position, and about half of all Americans who don’t necessarily favor the idea but wouldn’t be upset if transgender people did in fact use restrooms they preferred.

But from the public’s point of view, who decides? In its recent (April 12-18) poll on this issue, Reuters asked: Do you think that decisions about which bathroom transgender people can use should be made by the federal government, individual state governments, or the group or individual who owns the bathroom? 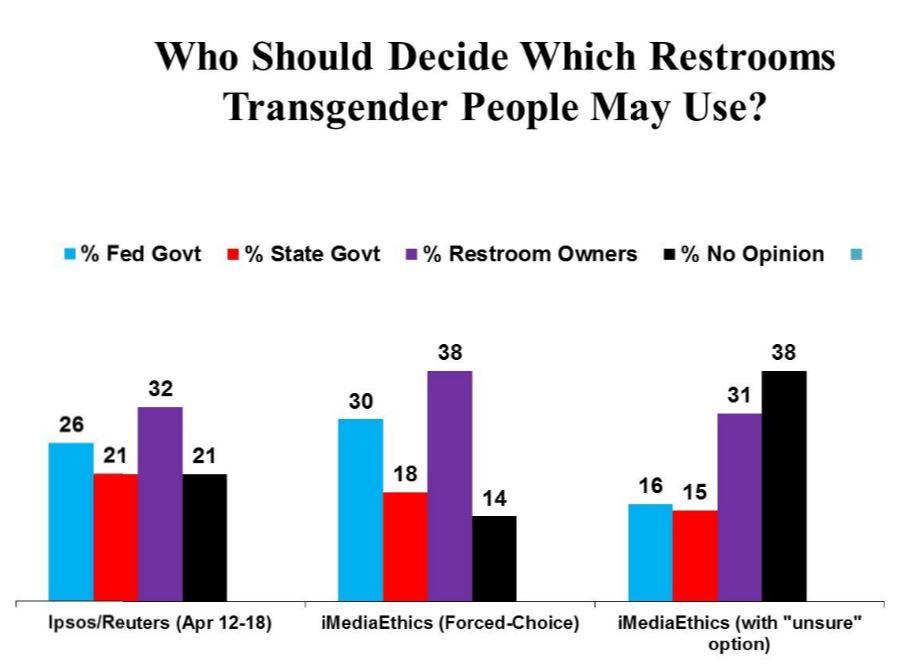 Note that the Reuters/Ipsos poll results present a similar pattern to the iMediaEthics forced-choice results. More people choose “restroom owners” than the other two options, with the federal government in second place and state government in third place.

However, when respondents are given the option of saying “unsure,” more than a third (38%) take it. The most preferred substantive option is still restroom owners (31%), with essentially a tie between the federal government and the state government at 16% and 15% respectively.

The results suggest the public leans more toward restroom owners than either the federal government or state government. But if we look only at the opinions of people who have “strong” views on the subject, we get a very different picture. 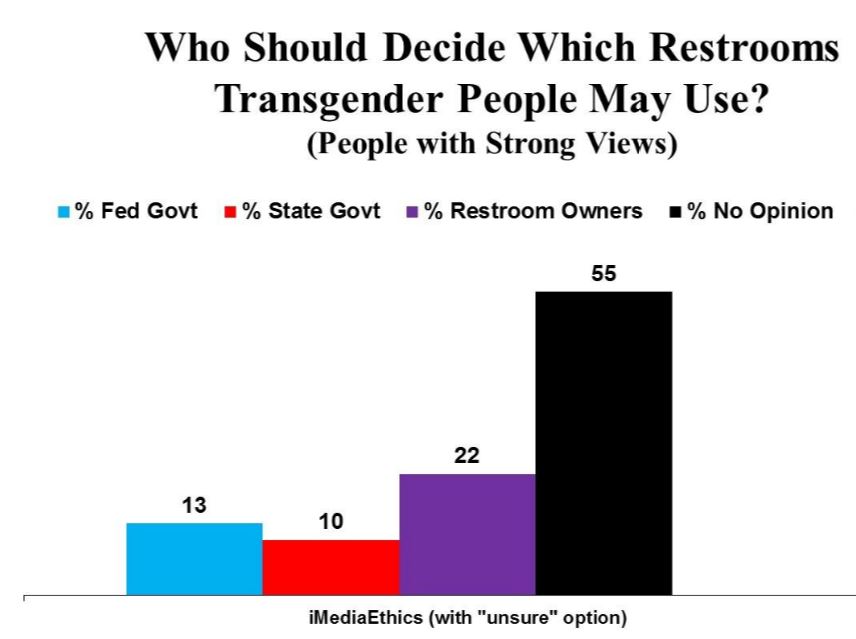 Less than half the public feels “strongly” about the issue, while 55% say they are unsure or don’t feel strongly one way or the other.

Among the people with intense feelings, there is an almost equal split between favoring the federal government (13%) or state government (10%), with the plurality saying it should be restroom owners themselves who decide whether to restrict transgender people from using restrooms based on their gender identity.