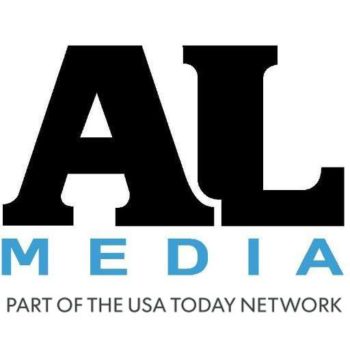 The Sioux Falls newspaper, which is owned by Gannett and part of the USA Today network, fired the intern reporter, Allie Knofczynski, but didn’t name her, after a local school principal cried foul, stating she was never interviewed for a May 31 story in which she was quoted. The Argus Leader published a June 1 note announcing a review into the reporter’s work and retraction of the May 31 article quoting the principal.

When iMediaEthics contacted Knofczynski to learn more, despite having blogged and tweeted about the incident, she claimed privacy and blocked us on Twitter.

After reviewing the reporter’s work, the Argus Leader announced today it unpublished 11 articles by Knofczynski, but still didn’t name her.

iMediaEthics sent the Argus Leader numerous questions after seeing the June 1 note. The newspaper’s news director Cory Myers told iMediaEthics only, “Due to this being a personnel issue, I’ll point you to our review article.” That review article, just published today, reads:

“Argus Leader Media has retracted an additional 10 stories by a former summer reporting intern after quotes and information in some of them could not be verified.

“The move follows the retraction of a story last week in which multiple quotes were incorrectly attributed to a school principal who was not interviewed by the newspaper.

“The news organization’s decision to remove the stories from its website was made after completing a review of all articles produced by the author.

“Sources or readers with questions or concerns about Argus Leader Media’s accuracy may contact News Director Cory Myers at 605-331-2389 or ctmyers@argusleader.com.”

iMediaEthics first began following this story when we saw the Argus Leader‘s June 1 statement retracting a May 31 story after unverifiable quotes were discovered. According to that June 1 note, a Sioux Falls principal, Jayne Zielenski of Laura B. Anderson Elementary School, said the newspaper never contacted her for comment, even though she was quoted twice in a May 31 story.  Argus Leader Media’s news director Cory Myers is quoted as saying “the intern reporter associated with this article will no longer be writing for the publication.”

The Argus Leader quickly retracted the story, the reporter left the newspaper, and 10 stories by that reporter are now under review.

The Argus Leader‘s note to readers continues, “Argus Leader Media is reviewing 10 other stories written by the reporter, who had been with the company since May 15. Sources or readers with questions or concerns about Argus Leader Media’s accuracy may contact News Director Cory Myers at 605-331-2389 or ctmyers@argusleader.com”

iMediaEthics wrote to Myers to ask why the newspaper didn’t name the reporter in question, what the reporter’s position was, and what the review of the articles will include.

iMediaEthics searched the Argus Leader website for the article about Zielenski. The May 31 article by Allie Knofczynski, was headlined, “School plants tree to remember special teacher.”

The Argus Leader story in question quotes Zielenski as saying of teacher Jodi Larsen, who died in April:

iMediaEthics wrote to Zielenski asking for confirmation she never said the quotes in question. DeeAnn Konrad, Community Relations for Sioux Fall Schools District, responded to iMediaEthics, stating “Neither the Sioux Falls School District, nor Ms. Zielenski, wish to comment any further on the story or following results which led to a retraction by the Argus Leader.”

In a blogpost on her website, Knofczynski wrote that she didn’t fake the quotes, but instead made a “mistake” by mis-identifying the person she quoted and “let it slip through the cracks” because she was working on other stories. She denied the school district’s claims she never called, stating she did call twice.

Working on story re this and the paper's firing…Any further comment? sydneysmithwriter@gmail.com

iMediaEthics tweeted Knofczynski to seek more information including to ask who she interviewed, if not the principal. Knofczynski e-mailed in response that she didn’t want to discuss the matter, that it wasn’t our business and that she reported our tweets.

“If you could please leave me alone, I’d appreciate it,” she e-mailed. “My life and work does not concern you. If you must know, I talked with a secretary at the front desk but rushed through the assignment to keep up. However, the assignment should have never been assigned to me, nor was it looked over or questioned by an editor before publishing.”

She added, “Just FYI, I have blocked and reported your tweets. I hope you can respect my privacy.”

iMediaEthics responded, asking why she is now claiming privacy and blocking and reporting tweets given that she publicly tweeted and blogged about the incident. We also asked:

Her blogpost about the incident explains, “On a morning where I was literally driving from one location to another to write multiple stories, along with stumbling on a couple of new great ideas, I’m asked to come back to the office, where I’m essentially cornered and right there fired.”

Knofczynski wrote. “No second chances. Apparently not for a young learning intern trying to get experience. Nope. I was the scapegoat in a collateral mess over a little tree story.”

Knofczynski wrote that she went to the school to apologize in person and that the principal, Zielenski, said she didn’t think she should have been fired. iMediaEthics contacted the school district to verify this, but district spokesperson Konrad only responded, “As previously stated, we are not commenting further on this story. We are moving on.”

“Being fired is a ‘learning experience,’ but how am I supposed to learn by getting kicked to the curb?” Knofczynski wrote in her blogpost. “If I’ve learned anything, it’s that I’m not cut out for hard-news journalism if it means navigating cut-throat political games and fast-paced perfection. That’s not me.”