The Controversial Editorial Cartoons of 2018 - iMediaEthics

The Controversial Editorial Cartoons of 2018 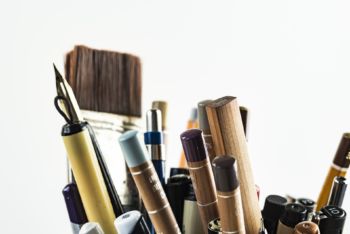 In recent years, iMediaEthics has noticed a growing debate over cartoon ethics. Starting back in 2014, we started tracking the most controversial cartoons at the end of the year. This year, there were more than a dozen problematic cartoons and cartooning issues that caught our attention. We’re breaking them down by month.

The Albuquerque Journal stopped publishing cartoonist Sean Delonas’s work this year after his cartoon about MS13 gang members. Delonas’s February cartoon showed a white male and white female being held up at gunpoint by three males, one wearing an MS-13 jacket, as iMediaEthics reported at the time.  The white male tells the white female, “Now honey…I believe they prefer to be called ‘Dreamers’ … or future Democrats…” While the Journal apologized for the cartoon, Delonas stood by his cartoon and asked what was racist about it.

German newspaper Suddeutsche Zeitung apologized and fired cartoonist Dieter Hanitzsch over a cartoon that it admitted “could be considered anti-Semitic.” The cartoonist showed Benjamin Netanyahu at the Eurovision Song Contest with a rocket that had the Star of David on it. The “v” in Eurovision was replaced with a Star of David as well.  “The cartoonist said he merely wanted to point out that next year’s contest will be held in Israel,” editor Wolfgang Krach said in a statement.

The Sunday Independent in Ireland published a cartoon in late May that depicted a surgeon removing rosary beads from a woman. The “Rosarectomy” cartoon was published after Ireland voted to repeal the Eight Amendment, which banned abortion. Ireland’s press ombudsman reviewed a complaint about the cartoon and found it was fair to publish.

The Pittsburgh Post-Gazette fired its editorial cartoonist of 25 years Rob Rogers in June, after not publishing some of his cartoons, “most” which criticized Pres. Donald Trump, as iMediaEthics reported. The newspaper denied it was a political issue.

The Cleveland Plain Dealer corrected a June cartoon that depicted a young Honduran girl whose photo was on the cover of Time this summer. The cartoon showed the girl in the middle and on the left side a list of “What People with a Soul See” and on the right side “What Trump Admin. Sees.” Because the cartoon originally said the girl was “taken from her mother,” and in fact the girl was “detained with her mother at the border,” the Plain Dealer’s cartoonist Jeff Darcy corrected the wording and the Plain Dealer replaced the online version.

The Jerusalem Report, an Israeli magazine published by the Jerusalem Post, fired cartoonist Avi Katz after his cartoon which depicted Israeli Prime Minister Benjamin Netanyahu and his political party members as pigs. The cartoon included a quote from George Orwell’s Animal Farm, “All Animals are Equal but Some Are More Equal than Others.”

Australian daily tabloid The Advertiser apologized in late July for Jos Valdman’s cartoon about the Greek wildfires that killed about 100 people this summer. The cartoon showed men and women in ancient clothing pouring water from urns on fire. The headline was “Another Greek Tragedy.”

Also in July, the Missourian and its cartoonist Tom Stiglich apologized after offending readers with a cartoon about the duck boat tragedy that killed 17 in Missouri that month. The cartoon showed a hearse labeled “Ride the Ducks” in the water.

The Indianapolis Star apologized in late September for a cartoon depicting Dr. Christine Blasey Ford, who accused then-Supreme Court nominee Brett Kavanaugh of having sexual assaulted her in high school. The cartoon by Gary Varvel showed Ford speaking to Senators saying, “Here are my demands: No questions from lawyers, dim the lights, I want roses, sparkling water, a bowl of green M & Ms…”

On the same topic, Chris Britt’s late September cartoon showing Kavanaugh’s daughter praying upset many Illinois Times readers. The cartoon pictured his daughter saying, “Dear God, forgive my angry, lying, alcoholic father for sexually assaulting Dr. Ford.” The cartoon wasn’t actually published in the Illinois Times, but because Britt, a contributor to the paper, put the Times’ name on the cartoon, many readers complained to the paper.

On the same topic, Chris Britt’s late September cartoon showing Kavanaugh’s daughter praying upset many Illinois Times readers. The cartoon pictured his daughter saying, “Dear God, forgive my angry, lying, alcoholic father for sexually assaulting Dr. Ford.” The cartoon wasn’t actually published in the Illinois Times, but because Britt, a contributor to the paper, put the Times’ name on the cartoon, many readers complained to the paper.

The Herald Sun  in Australia stood by its cartoon of Serena Williams atthe  U.S. Open despite much criticism and accusations of sexism and racism. The cartoon showed Williams jumping up and down on her tennis racket with a pacifier nearby. In the background, the referee asks a much smaller white woman “Can you just let her win?”

Two newspapers apologized in October for publishing a cartoon titled “A Field Guide to Liberals: Helping You Identify How They Identify.” The cartoon showed a man wearing make-up and earrings and with his hair in pigtails identified as a woman, Rachel Dolezal the white former NAACP leader identified as an African-American, Sen. Elizabeth Warren identified as an Indian, and a dog identified as a cat. The cartoon was drawn by Augusta (Georgia) Chronicle cartoonist Rick McKee and syndicated by the Rochester (NY) Business Journal and Fort Worth Star-Telegram. Both the Business Journal and Star-Telegram apologized for publishing the cartoon, but McKee stood by it.

The Controversial Editorial Cartoons of 2018