The Sun, Daily Mail Guilty of Contempt of Court - iMediaEthics

The Sun, Daily Mail Guilty of Contempt of Court 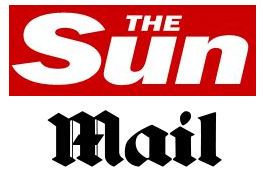 A court ruled that The Sun and the Daily Mail were guilty of contempt of court because they published photos “of a murder trial defendant ‘posing with a gun'” on their websites, the Guardian’s Roy Greenslade reported.

The defendant, Ryan Ward, ended up being convicted of “murdering car mechanic Craig Wass by hitting him over the head with a brick.”

The attorney general, Dominic Grieve, who filed the complaint against the newspapers, reportedly claimed that the photos “created ‘a substantial risk’ that the trial could have been ‘seriously impeded or prejudiced’ by jurors seeing them.”

Two judges decided that “the nature of the photograph created a substantial risk of prejudicing any juror who saw that photograph against the defendant.”  Even though the jury wasn’t supposed to “consult the Internet,” they still have “easy access” to it and “other forms of instant communication,” the judges concluded.

The judges reportedly haven’t decided “what penalties and costs” the newspapers’ parent companies Associated Newspapers and News Group Newspapers will have to pay.

The Sun, Daily Mail Guilty of Contempt of Court