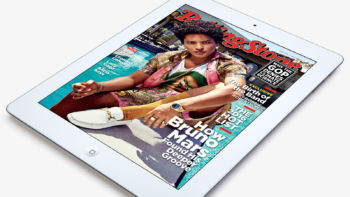 The controversy surrounding Rolling Stone‘s “A Rape on Campus” article is not going away. The 2014 article by Sabrina Rubin Erderly told the now-debunked and retracted story of student “Jackie” who claimed she had been gang raped by seven Phi Kappa Psi fraternity members at the University of Virginia. The story prompted three libel lawsuits against Rolling Stone, two of which have been settled and the third dismissed.

But, last week, the lawsuit that had been thrown out was given new legs when the U.S. Court of Appeals in Manhattan overturned the dismissal of George Elias IV, Ross Fowler and Stephen Hadford’s lawsuit against Rolling Stone, the New York Times reported. The court ruled that it reversed the District Court’s dismissal of “Elias’s and Fowler’s individual claims and all Plaintiffs’ claims under a theory of small group defamation.”

Alan Frank, the lawyer for the three men, told iMediaEthics by phone. “The decision will permit the three young men I represent to take their case before a jury,” he said. “We’re gratified by the result handed down.”

The trio, Phi Kappa Psi members who graduated from University of Virginia in 2013, sued in 2015 over the story, which was by then retracted, and labeled by the Columbia Graduate School of Journalism “a story of journalistic failure.” But, the lawsuit was thrown out in 2016, with U.S. District Judge P. Kevin Castel ruling the article didn’t specifically link to the three men.

According to Frank, the initial ruling was amended and hit the docket Sept. 22, allowing all three to sue — with Elias and Fowler able to sue under “small class defamation theory” and “of and concerning defamation.” Hadford can sue under “small class defamation theory.” Given the two previous resolved lawsuits against Rolling Stone, Frank added that “we suspect we will have access to all of that discovery.”

iMediaEthics has written to Rolling Stone for its response to the court ruling.

Rolling Stone is up for sale, with publisher Wenner Media issuing a Sept 17 press release announcing it wants to sell its “majority interest in Rolling Stone.”