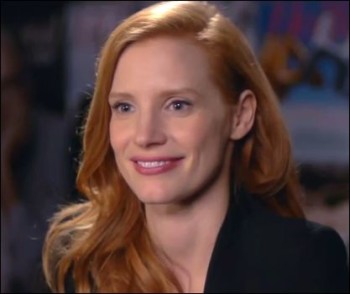 Vanity Fair unpublished a blogpost critical of actress Jessica Chastain because “it ran counter to what a number of people at the magazine believed,” Vanity Fair spokesperson Beth Kseniak told Deadline.com.  While Sony Pictures and Chastain’s representatives denied the article was unpublished, Vanity Fair‘s spokesperson ended up admitting it, according to Deadline.

The Jan. 25 story by Bruce Handy dished out negatives about Chastain’s performance in the movie Zero Dark Thirty versus Mama.  Oddly, as Deadline pointed out, Handy isn’t “some freelancer” whose opinions clashed with “what a number of people at the magazine believed.”  He is “the magazine’s #2 who dared to express mild criticism” of Chastain.

Handy dissed her role in Zero Dark Thirty, saying “I’m surprised it’s being hailed as one of the year’s great performances, and that it has earned her an Oscar nomination for best actress.”

What? The No. 2 guy at the magazine’s commentary can be deleted after publication by an ad hoc internal committee (e.g. “people at the magazine”) and their beliefs? Good to know.

According to his post, which was re-published on Deadline.com, he asked of Chastain, a Best Actress Nominee at this year’s Oscars:

He went on to damn Chastain with faint praise as “elusive as she is ubiquitous, one of the most curious stars ever anointed by Hollywood,” “a recessive presence,” and “obviously beautiful, but there’s something about Chastain’s features that doesn’t quite hold your eye.”  Ouch.

Go to Deadline to read the unpublished Vanity Fair article in full.