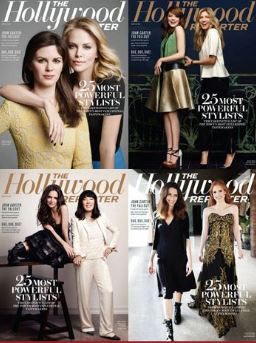 After a film crew member named Sarah Jones was hit and killed last year by a train in Georgia during work on the Midnight Rider biographical movie of Gregg Allman, the Hollywood Reporter published the graphic autopsy report. The victim’s mother called the publication “callous” in an open letter to the publication, the Wrap reported.

Because the Hollywood Reporter story has since been edited to delete the information readers complained about, iMediaEthics can’t ascertain the scale or details of the graphic nature reported. At the bottom of the story, a note now says that the Hollywood Reporter story has been edited since its original publication, to cut some of the offending information out. “This story has been updated to remove some of the more graphic details of what happened to Jones,” the note reads.

The story “included graphic descriptions of the injuries she sustained,” according to Gawker owned-site Jezebel.

“There was no valid, newsworthy reason to reveal the details of Sarah’s autopsy,” Jones’ family attorney Jeffrey R. Harris said, according to the Wrap.  Harris added that “The only reason to do so is out of a sick desire to sensationalize this young woman’s terrible death” and that the reporting on the autopsy “shows both lack of judgment and lack of character.”

“As far as I know, HR has not reached out to the Jones family personally. They would have informed me if there was any such communication,” Kathy David from Harris’ office told iMediaEthics, noting that the Hollywood Reporter “posted an apology of sorts to the Jones family on their Facebook page. But, I doubt they’ve seen it.”

Jones’ mother Elizabeth McCartha Jones wrote in the open letter to the Hollywood Reporter: “I am totally stunned, I am totally appalled, and I am ashamed of the callous reporter who leaked the autopsy report of our daughter for the world to see.”  She said that the “gruesome” autopsy was not “newsworthy.”

Jones was fatally hit by a train last year during shooting of Midnight Rider, production for which has since been suspended.

Her mother’s letter went on, “To the reporter, where is your own honor? Is your desire to climb the rungs of a career ladder so important that you infringe upon the privacy and civility of a family whose daughter was tragically hit by a train? Is our pain of losing a daughter not enough that you feel the need to exploit Sarah’s dignity?  Shame on the tabloid that published the article, that it should be so crude and selfish for readership numbers?”

Jones’ family attorney Harris told iMediaEthics, “I do not believe we have not received a response” to their complaints to the Hollywood Reporter.

Jones’s parents sued the movie’s producers and directors for wrongful death and settled last year, according to a note on their lawyer’s website.

iMediaEthics has written to the Hollywood Reporter for comment.