How The Guardian Labels Content Paid for by Advertisers or Companies 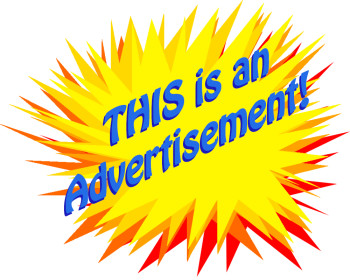 Last month, The Guardian changed how it labels content that is paid for by companies or advertisers, readers editor Chris Elliott reported.

The two ways The Guardian describes paid content now are “supported by” and “paid content/paid for by,” the Commercial Content guidelines explain.

The changes were implemented to make it clearer to readers when advertisers were in charge of content. “One of the main reasons behind the change” was “for the sake of clarity,” Elliott wrote in a recent column.

“As a news organisation with a global audience and advertiser base we undertook a review as part of our ongoing commitment to transparency to all our readers and commercial partners. We revised our labelling for commercial content to ensure we have one set of clear guidelines that mean the same thing to our readers and stakeholders across the world.”

“Supported by” means “third parties” paid for content but have no role in approving copy, which is “editorially independent.” The Guardian explained:

“Before funding is agreed with a client, relevant senior editors are consulted about its suitability and the editor-in-chief has the final say on whether a funding deal is accepted. A client whose branding appears on editorial content may have a role in suggesting what kind of topics are covered, but the commissioning editor is not obliged to accept ideas from the funder.

“The content is written and edited by Guardian and Observer journalists, or those approved by GNM, to the same standards expected in all of our journalism. [Guardian News & Media] will not show copy to funders for approval. ‘Supported by’ is also used to describe editorially independent content that the Guardian has produced with funding from foundations around the world who support specific projects.”

On the other hand, “paid content/paid for by” means the content is “paid for and controlled by the advertiser rather than the publisher.” That content is regulated by advertising bodies, the Guardian noted.

In some cases, the phrase “brought to you by” had been used for content now called “paid content,” which Elliott explained wasn’t clear enough to the Guardian‘s international readers.

Last month, the UK’s Advertising Standards Authority ruled against BuzzFeed UK for a native advertisement that didn’t clearly indicate to readers it was an ad, as iMediaEthics wrote.

How The Guardian Labels Content Paid for by Advertisers or Companies