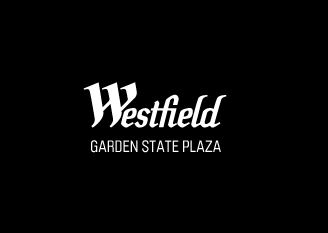 Where, oh where, is the Garden State Plaza Mall?

The shopping mall was on lockdown Nov. 4 after reports of a gunman shooting in the air inside the complex. Police later found a man named Richard Shoop dead from a reported self-inflicted gun shot. There were no other reported injuries.

The news of the mall lockdown and a shooter on the loose got a lot of attention especially since it came just days after a gunman fatally shot a TSA agent and injured others at Los Angeles’ LAX airport.

iMediaEthics frequently writes about errors in reporting on breaking news events, including reports on the LAX shooting. In reviewing media coverage of the reported gunman at the Garden State Plaza Mall, one discrepancy jumped out at us: Many news outlets reported how many miles the mall is from Manhattan, but they couldn’t quite agree how many miles that is. Or, in which direction!

Reports ranged from saying, emphasis ours, that the mall is “22 miles southwest of Manhattan” to “17 miles northwest of Manhattan.” Below iMediaEthics has collected a handful of ways media labeled the mall’s location.

The Associated Press reported at least three different statements for where the mall is located. An Associated Press story published by the Washington Post, as of 10:46 PM EST Nov. 4, “The mall is located in Bergen County, about 22 miles southwest of Manhattan.” But, that article was later updated. As of Nov. 5 at 6:10 PM EST, says the mall is “about 15 miles northwest of New York City”

Another AP article, published on Syracuse.com, said  “The mall is located in Bergen County, about 17 miles northwest of Manhattan.”

iMediaEthics has written to the AP to ask if it filed a correction when changing the story published on the Washington Post‘s website from saying the mall was 22 miles southwest to 15 miles northwest. We’ve also asked why the AP has reported three different distances for the mall from New York City. We’ll update with any response.

Other news outlets also offered varied information about the location of the mall. See below a sampling:

So where is it? See below a Google Map of the mall (“A”) and Manhattan (“B”). The mall is northwest of Manhattan.

To Times Square it’s about 18 miles.