Barbara Bush not dead, CBS accidentally reported she was? - iMediaEthics

Barbara Bush not dead, CBS accidentally reported she was? 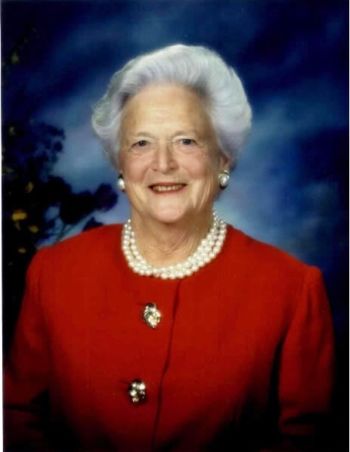 CBS News published a pre-written obituary for Barbara Bush April 15, the Sacramento Bee reported.  The obituary, which was headlined, “DO NOT PUBLISH  – Former first lady Barbara Bush d*es at age 92 DO NOT PUBLISH” read in part:

“Barbara Bush, the witty, gregarious matriarch of a political dynasty that propelled two of its members to the White House and dominated Republican politics for decades, has died after a series of recent hospitalizations. She was 92. A Bush family spokesman said Bush passed away peacefully in her home, surrounded by loved ones.”

In fact, Bush’s office said this week that after Bush’s “recent series of hospitalizations,” she is now seeking “comfort care.”

iMediaEthics wrote to CBS to ask how long the obituary was published, how it ended up live on CBS News’ website, and how CBS learned of the mistake. We haven’t heard back.

Of course, this isn’t the first time a news outlet prematurely published an obituary or made an obit-related error. In January, an Islandic newspaper Morgunblaoio published a photo of pop singer Ed Sheeran with an obituary of a local man.

Last summer, the UK Telegraph accidentally published an obituary for Prince Philip. The Sun made the same mistake in May 2017. And in April 2017, the Chicago Tribune wrongly reported Billy Graham, the television evangelist who did die this year, had died.

In 2016, the Sydney Morning Herald in Australia re-published an obituary for author Chinua Achebe as news, even though he died in 2013.

In 2015, a BBC reporter accidentally reported on Twitter that Queen Elizabeth died when the BBC was practicing for how it will handle her actual death.

In 2013, German news outlet Deutsche Welle reported, and later the Philadelphia Daily News published a front page report that Nelson Mandela had died; he didn’t die until later that year.

Barbara Bush not dead, CBS accidentally reported she was?