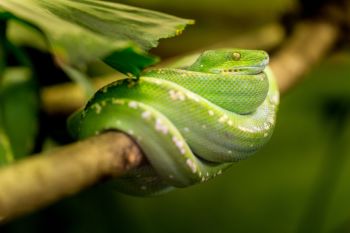 Media ethics and accuracy can be serious business, but amidst all the heavy news of 2019, there were some lighthearted moments thanks to amusing errors and corrections. Below, check out iMediaEthics’ ten favorite silly mistakes and corrections from the past year, many involving significant typos.

“Due to an editing error, the Oct. 11 Care and Feeding misstated a Breaking Bad reference. You should learn from Walter White and dissolve a body in plastic, not a bathtub.”

A Texas community newspaper Community Impact erred in reporting on an Austin-area library’s Anti-Prom event. The library had to put out this correction for the paper’s mistake:

Not to say we have anything against snakes. In fact, snakes will be at the library in May during the Teen De-Stressing Day: Reptile Hangout, https://bit.ly/2D2BEjm.

If you ever have any questions about our programs, please don’t hessssitate to call us at 512-990-6375 or send us a message.”

“In an earlier version of this podcast, guest Sheldon Solomon said that German funeral parlors often have embalmed corpses in their windows. Solomon says that he misspoke, and meant to say that the funeral parlor in which he conducted a study had an urn in the window, not a corpse.”

“We referred several times in an article to a YouTube channel called ‘Cutie Pie’; that should have been to ‘PewDiePie’ (Sympathy for the devil, 2 March, page 6, Review).”

“Travel: An earlier version of this photo gallery incorrectly mentioned how Yellowstone National Park visitors could enjoy its hot springs. It is illegal and dangerous to soak in the park’s hot springs.“

“An earlier version of this article incorrectly stated that the Salt Lake Tribune has a full-time jazz reporter. It in fact has two reporters who cover Utah Jazz, the local basketball team. This has now been corrected. “

“A previous version of this story incorrectly referred to Sean Sherman as a Sioux chief. He is a Sioux chef.”

“NOTE: This story has been updated. Alexander Vindman received a Purple Heart after being wounded by an IED, or improvised explosive device, not an IUD, or intrauterine device. We regret the error.“