Ten Most Controversial Cartoons of 2019 - iMediaEthics 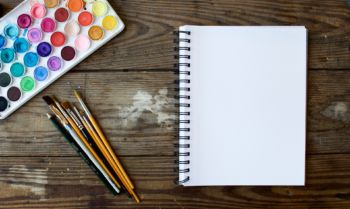 The Toronto Star crossed the line with a cartoon showing politician Lisa MacLeod in a straitjacket, the Star‘s public editor Kathy English found. Why? MacLeod had previously disclosed she had suffered from depression, and the cartoon seemingly mocked or stereotyped the mentally ill. The cartoonist, Michael de Adder, told iMediaEthics he didn’t know the politician had shared that she had depression, and that he would not draw people in straitjackets again. Read the story.

Technically, this cartoon was published in 2018, but the press council offered commentary on it in February 2019. In 2018, the Herald Sun in Australia published a cartoon depicting Serena Williams at the U.S. Open that offended many. The cartoon made Williams look large and simian, jumping up and down on her tennis racket, while a referee in the background asks a much smaller opponent if she would let Williams win. The cartoon triggered complaints of racism and sexism, which the Herald Sun denied. Ultimately, the Australian Press Council, which received complaints about the cartoon, ruled the cartoon was in the public interest and accepted the paper’s claim the cartoon wasn’t racist. “The Council considers that the cartoon uses exaggeration and absurdity to make its point but accepts the publisher’s claim that it does not depict Ms Williams as an ape, rather showing her as ‘spitting the dummy’, a non-racist caricature familiar to most Australian readers,” the council ruled. Read the story.

Nevada newspaper The Elko Daily Free Press published a cartoon before Halloween showing three trick-or-treaters approaching a couple with candy. The trick-or-treaters were dressed as a witch, a vampire, and a ghost with a pointy hood. The adult depicted holding candy says, “How cute! A witch, a vampire and a Trump supporter!” That cartoon offended readers, so the newspaper apologized.

The New Zealand Herald canceled a cartoon strip called Alex after a transphobic cartoon. The cartoon followed a character named Stephanie, who is transgender. The cartoon that triggered the cancellation depicted Stephanie’s coworkers claiming her voice was hoarse from cheering at a sports event and that “as a transgender, Stephanie has a really good deal” because she could “take time off work for treatment and therapy” because of her transition “with no questions asked.” New Zealand’s News Hub reported, “Previous comics portrayed Stephanie as selfish and cunning, and it was implied she identified as trans solely to receive special treatment at work.” Read the article.

The San Diego Union-Tribune published a cartoon in February depicting famous authors James Baldwin and Toni Morrison next to actor Jussie Smollett. The cartoon was titled, “Famous African-American Storytellers.” The newspaper’s publisher apologized for the cartoon, by Steve Breen, for offending readers. Breen explained he wanted to contrast Smollett, who was in the news for his allegation of being a victim of a hate crime that has been disputed, with the two dignified and respected authors. Breen said he plans to show any race-related cartoons to a diverse group of friends before submission. Read the article.

New Zealand newspaper the Otago Daily Times upset readers in December with a cartoon about the measles outbreak in Samoa that has affected more than 4,000 people. The cartoon depicted two women leaving a travel agency named “Trips ‘R’ Us,” with one asking where the least popular spots are, and the other responding “The ones people are picking up in Samoa.” While the newspaper apologized for the cartoon’s insensitivity, the cartoonist, Garrick Tremain, told iMediaEthics he stands by it. Read iMediaEthics’ story.

Canadian newspaper chain Brunswick News ended its contract with cartoonist Michael de Adder (the same cartoonist who drew the straitjacket cartoon) after his cartoon depicted Pres. Donald Trump playing golf and asking “Do you mind if I play through?” to dead migrants on the green. The newspaper chain denied its contract was ended because of the cartoon in question but rather said it was because it previously had decided to use a different cartoonist. Read the article.

Cartoonist Wiley Miller drew a cartoon that had a hidden message, “We fondly say go…f*** yourself” for Pres. Donald Trump. While Miller initially indicated he put the message in as an “Easter egg,” he later denied he meant to release the cartoon with the profanity. Miller explained to iMediaEthics he drew the cartoon two months previously and had “scribbled” for “instant therapy,” but didn’t remember. Pennsylvania newspaper Butler Eagle axed his cartoon strip, Non Sequitur, and about forty other newspapers also joined in. Read the story.

The Edmonton Journal’s Aug. 1 cartoon responded to the Capital One data breach. It ran afoul because it featured anti-Semitic tropes. The cartoon, by Malcolm Mayes, showed a man with a large hooked nose, beard, and bushy eyebrows typing at a computer labeled data hacker inside of a wallet with a Capital One credit card. The Edmonton Journal apologized Aug. 9. Read the story.

In April, the New York Times’ international edition published an anti-Semitic cartoon showing Israel’s Benjamin Netanyahu as a guide dog wearing a Star of David collar and leash and Pres. Donald Trump wearing a skullcap and black sunglasses and walking him. The Times admitted the image was “offensive” and had anti-Semitic tropes. A day later, the Times published an apology for the “dangerous” imagery. The Times also said it would stop publishing syndicated cartoons, planned bias training, and disciplined the editor who approved the cartoon. Read the article.