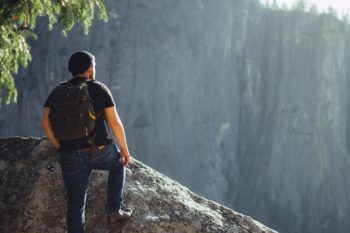 As we have done for the past few years, iMediaEthics has collected our list of the top 10 media ethics issues of the year. Below, read iMediaEthics’ Top 10 Media Ethics Issues of 2016, a collection of important topics and stories that happened over the past twelve months.

10. Continued fall-out over Rolling Stone‘s ‘A Rape on Campus’ Story: In 2015, the serious problems surrounding the 2014 Rolling Stone story “A Rape On Campus,” reporting on a now-discredited claim of a gang rape by members of University of Virginia fraternity Phi Kappa Psi, were detailed in Rolling Stone‘s formal retraction and the Columbia University Graduate School of Journalism’s independent investigation. In 2016, however, Rolling Stone began to face some of the legal and financial consequences of the article, which the Columbia investigation found to be a failure of “reporting, editing,  editorial supervision and fact-checking.”

In June, three University of Virginia Phi Kappa Psi members lost their libel lawsuit against Rolling Stone. U.S. District Judge P. Kevin Castel dismissed the lawsuit by the now-graduated fraternity brothers, George Elias IV, Stephen Hadford and Ross Fowler, arguing there was no link between them and the story, given that they weren’t named or explicitly described.

9. Cartoon Standards: There were several high-profile cartoons that stirred the pot this year. The ones that caught our eye largely caused problems because of their representations of other ethnic groups or backgrounds.

8. The story of PJS’s injunction: When thinking of the UK media, one media story that lasted nearly the entire year was that of PJS and YMA, a celebrity married couple referred to with pseudonyms. The Sun on Sunday got a tip from a person who claimed to have had a long-running affair with PJS and then a threesome with PJS.  The year started with the tip from the person, which led to the Sun seeking comment from PJS. When PJS learned the story would hit the media, PJS got an injunction from the courts preventing the Sun from publishing the story. The story didn’t end there though. The Sun battled with the couple in court to lift the injunction and name them and the allegations. In April, the story dominated the news in England and Wales as news outlets in other countries, which weren’t held to the injunction, used that loophole to report on the claims. The Sun continued to appeal the injunction, as media in other countries named the alleged celebrity couple, reiterating the discussion on whether injunctions really serve any purpose in the Internet age. In mid-April, the UK Court of Appeals agreed with the Sun that the injunction should be lifted because it made no sense to keep it in place given the widespread international media coverage naming the couple. However, before the injunction was officially lifted, the couple was given a short period of time to appeal one last time to the UK Supreme Court. A month later, the Supreme Court decided to keep the injunction in place, ending the Sun‘s attempts to publish its story and ruling there was “no public interest” in the story. But, it wasn’t until November that the story saga finally ended, when the Sun agreed to remove some stories about the allegations and pay damages and costs to PJS and YMA.

7. Operation Elveden Ended:  After the phone hacking scandal in the UK several years ago, the UK prosecution charged many reporters and officials for hacking, leaks and exchanging information for cash. But this February, the UK Metropolitan Police ended its Operation Elveden, which focused on conspiracy to commit misconduct in public office — aka “inappropriate payments to police and public officials by journalists,” ended.  In 2016, the only conviction of a journalist for paying public officials or police — Anthony France from the Sun — had his conviction quashed. Another journalist, Dan Evans, pleaded guilty. Nine officers were convicted.

6. Invasions of privacy: One negative to the ease with which we can connect and find information online is the ease with which news outlets can unintentionally, or maliciously, invade the privacy or harm private people for clickbait-y stories. iMediaEthics has highlighted many of these stories over the past years, but three stand out from 2016:

5. The demise of Gawker: Gawker shut down after Hulk Hogan (Terry Bollea) won a $140 million verdict against the site for publishing an excerpted version of a sex tape showing the former professional wrestler. Gawker settled the lawsuit in November for $31 million instead of going through further appeals. Univision bought Gawker Media and all of its sites except for Gawker in August. Gawker.com itself shut down, but Gawker ended up deleting six posts in order to resolve any “pending litigation.” Later in the year, Gawker settled a lawsuit by the Daily Mail by agreeing to publish an editor’s note.

4. Reporting on Suicide: We at iMediaEthics have highlighted and begun a series of case studies for best practices (and missteps) in reporting on suicide.  News outlets have a significant responsibility to carefully report on suicide deaths because unnecessarily detailed and insensitive news reports on suicides can risk causing additional deaths by suicide — the contagion factor. Suicide is a health crisis, with the U.S. National Center for Health Statistics revealing this spring that suicide rates in this country are at their highest since 1986. In April, we criticized the Sharon Herald in Pennsylvania for its gratuitous and horrific story on a local man’s death in which the paper described how the man died in detail. “This is a great example of how not to report a suicide death,” the executive director of National Alliance for Mental Illness, New Hampshire, Ken Norton told iMediaEthics.

3. News UK’s undercover reporter’s downfall: Mazher Mahmood, News UK’s infamous undercover reporter, was charged with conspiracy to pervert course of justice last year, but this fall he was found guilty and sentenced to fifteen months in prison. News UK fired him after his sentencing, although he had been suspended since 2014 when the drug trial for pop singer Tulisa Contostavlos, spurred by Mahmood’s fraudulent reporting, was dismissed. However, that didn’t end the controversy. Several high-profile figures, including the Duchess of York Sarah Ferguson, have filed lawsuits against Mahmood and News UK over his stings involving them.

2. Parroting un-factchecked/wrong information/general claims as news: From CNN’s inappropriate graphic reading “Alt-Right Founder questions if Jews are people” and accompanied with an anti-Semitic quote attributed to Richard Spencer, to the media’s breathless coverage of Donald Trump’s tweets and statements, far too many media outlets seized upon the latest comment and reported, broadcast, tweeted or printed it as unchallenged fact. Last month for example, the Huffington Post flagged several news outlets that repeated in headlines Trump’s false claim via tweet that millions of people voted illegally in the U.S. election without telling readers the claim was false.  We hope that in 2017, media outlets will pause for a moment before throwing every comment up as a headline, graphic or tweet without including context. An easy way to do that is to emphasize the style of the fact checking chyrons that CNN used occasionally during the election.

1. Reporting on the 2016 U.S. Election: Last year, covering Trump made our Top 10 Media Ethics Issues of 2015 list, and again, election coverage makes our list. From how to report on the so-called alt-right and its role in the election, to the Huffington Post’s Donald Trump editor’s note, Trump tussling with media outlets that report critically on him, and fake quotes attributed to Donald Trump and Ivanka Trump, how to report on Trump has remained a major issue in the media.  Fox News’ Sean Hannity appeared in an ad for Trump, which Fox News didn’t know about beforehand. He faced no consequences beyond being told not to do it again. Melania Trump complained and is suing the Daily Mail and a Maryland blogger for claiming she was an escort in the 1990s. There was also a major shake-up at Breitbart News after then-reporter Michelle Fields accused then-Trump campaign manager Corey Lewandowski of grabbing and injuring her, with some staff including Fields quitting over Breitbart’s handling of the matter.

On the other side of the aisle, interim Democratic National Committee chair Donna Brazile quit CNN-TV One after WikiLeaks published hacked e-mails that suggested she tipped Hillary Clinton’s campaign staff to a CNN town hall question, Fox News’ Hannity was duped by a fake story about Clinton, and Fox News’ Bret Baier corrected after saying it was “likely” there would be an FBI indictment related to the Clinton Foundation.

The New York Times was questioned and criticized for saying disgraced former congressman Anthony Weiner’s sexts “cast a shadow” on his then-wife Huma Abedin and the Clinton campaign. The Times also replaced an article about the NBC Commander-in-Chief Forum with a completely different article  by a different reporter without disclosure, confusing reporters and initially omitting significant comments made by Trump about his thoughts on sexual assault in the military, taking oil from Iraq, or supporting Vladimir Putin.

The Associated Press announced a new policy for deleting tweets after an inaccurate tweet about Clinton prompted criticism. But before it was just Clinton and Trump, there were errors and problems in reporting on other candidates including a hoax article about Bernie Standards, a false story about Marco Rubio and the Bible, questions about how Bloomberg would cover Michael Bloomberg if he had thrown his hat in the presidential ring, and more. Read all of our coverage of media ethics and the 2016 U.S. presidential election here.