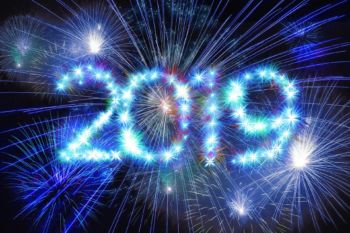 Editor’s note: This list is not a ranking, but rather a full round-up of media ethics debates and issues that occurred in 2019.

iMediaEthics summarizes twelve interesting and noteworthy media ethics issues that came up during the past twelve months.

This is becoming a major media mistake, as it concerns issues of fact checking, verification, photojournalism ethics, and sometimes diversity when the mistake involves race or gender. In 2019, countless corrections, apologies and retractions were made because of this type of media misstep, and public editors have identified it as one of the most common mistake needing correction. It may not be sexy, but it is an important area needing to be addressed.

When a public editor column is wrong

iMediaEthics looked at a complicated case this year where a reader was upset about errors in a public editor column and corrections on an article about him. As iMediaEthics wrote at the time:

The story is complicated and certainly unique. iMediaEthics cannot think of a case where a public editor’s work has been revised like this. NPR even agreed to de-index Jensen’s blogpost about Groves, Groves told iMediaEthics. While NPR and Jensen declined to comment about the case to iMediaEthics, Google searches for Groves on NPR or quotes from Jensen’s column no longer produce Jensen’s column, indicating NPR did in fact agree to de-index the piece. (A few links to republications of Jensen’s column do appear though.)

In a significant ruling this summer, an Australian court found that a news outlet is responsible if someone posts a defamatory comment on its Facebook page.

Journalist gets $180K for psychological injury from reporting on trauma

Earlier this year, an Australian court issued a ruling that deserves keeping an eye on. An unidentified journalist was awarded $180,000 Australian (about $127,000 U.S.) for “psychological injury” from working on traumatic stories like gang wars and murders for The Age newspaper.

Journalists fell into trouble again with historical — or old — tweets resurfacing. In one case, a USA Today editor admitted that back in college, she published a photo of people in blackface. A CNN editor resigned over his 2011 anti-Semitic tweets. The Des Moines Register fired Aaron Calvin over his old tweets after he uncovered racist tweets by a man that went viral, Carson King. A New York Times editor, Tom Wright-Piersanti, apologized for 2009 and 2010 tweets.

Verification was still a problem in 2019. In November, the New York Times admitted documents that it reported on may not be authentic. A few weeks later, the Times admitted its article on one of R. Kelly’s girlfriend’s online posts may not be real. And earlier in the year, the Times cited a gender-blind job study, but then admitted it didn’t know if the study actually existed. The Washington Free Beacon wrongly reported who would be named Time’s Person of the Year, a South Carolina newspaper fell for a fake interview, and news outlets erred in reporting on the death of Dutch teenager Noa Pothoven. ABC News aired a video purporting to be from an attack in Syria, but really was from a Kentucky gun show. The Poynter Institute published a list of so-called 515 unreliable websites, but then admitted it didn’t verify the list before publication.

It may seem hard to believe, but the Lincoln Memorial incident featuring Covington Catholic student Nicholas Sandmann and Native American elder Nathan Phillips was only in January 2019. Since then, news coverage of the incident has prompted numerous stories including various lawsuits against news outlets for their coverage, deleted stories, defenses of news coverage, and at least one fired staff member over tweets.

Lots of news coverage this year was devoted to the UK Royal Family, especially Prince Harry and Meghan Markle and their baby, Archie. This year, the royals fought back, with Prince Harry suing over alleged hacking, Meghan Markle suing over the publication of an excerpt from a letter she sent her father, and the couple using the UK press regulator the Independent Press Standards Organisation to handle a complaint. In addition, a Kentucky TV host was fired for his ‘lack of judgment’ in comments about Archie, and the BBC fired radio host Danny Baker for his tweet likening Archie to a chimp.

In January, the New York Times was criticized by the National Association of Hispanic Journalists for a “manufactured border crossing” that featured Times journalists swimming across the Rio Grande. News outlets including the New York Times, AP and USA Today in June defended their publications of a photo showing dead migrants from El Salvador Oscar Alberto Martinez Ramirez and his 23-month-old daughter Valeria. In August, the National Association of Hispanic Journalists returned Fox News’ sponsorship money of nearly $20,000 over its radio host Todd Starnes’s comments about migration. And in November, major news outlets including the AP, AFP, Reuters and NPR retracted their stories about child migrant detention figures.

Racism in the News

More than a dozen times this year, there were controversies over race. In January, three different TV news reporters mispronounced Martin Luther King, Jr.’s name and said slurs on air with various consequences — an apology in two cases and a firing in a third. The New York Times‘s crossword puzzle editor apologized after a puzzle had a Hispanic slur as the answer. ESPN used the song “Dixie” with a Civil War-themed graphic concerning then-NFL quarterback Andrew Luck. UK broadcast regulator OfCom received more than 2,500 complaints over host Jon Snow’s comment about white people at a Brexit protest, but the complaints were dismissed. Tom Brokaw apologized for commenting Hispanic people should “work harder at assimilation,” and a UK radio host claimed Asians caused rat infestations. A Tennessee anchor used an anti-Semitic slur on air, an Iowa basketball announcer called a black player “King Kong,” and an Oklahoma meteorologist was fired for a brain teaser image that depicted a noose. Another Oklahoma anchor compared her black co-anchor to a gorilla, a Baltimore anchor asked if the city needed a “different kind of leadership” after three African-American mayors, and a Minnesota hockey announcer was pulled for comments about “lynching ropes.” NBC was on the fences about calling comments by Rep. Steve King (R-IA) “racist,” a San Francisco Fox-affiliate used a “racially insensitive” headline about the MLB team the Atlanta Braves, and a Detroit TV news station fired a reporter for his comment about race at a journalism conference.

This year, numerous news outlets exhibited bad taste and needed to give at least a second review by editors before publication. The Washington Post published a sexist headline about singer Debbie Harry and actress Kirsten Dunst called out Reuters for a tweet that minimized her work by calling her “Spiderman’s girlfriend.” Satire publication the Harvard Lampoon crossed the line with an offensive photo showing Anne Frank in a bikini. The Winnipeg Sun upset readers with an insensitive headline about Jeopardy! host Alex Trebek’s pancreatic cancer. The New York Daily News crossed decency lines with an article sympathetic to Jayme Closs’s kidnapper, and Barstool Sports fired a writer for his comments about Utah college student Mackenzie Lueck, who was then missing and later found murdered. A radio host in Denver, Chuck Bonniwell, commented “you wish for a nice school shooting,” and a Canadian sports news outlet Sportsnet fired its analyst Don Cherry for offensive comments about immigrants. A South Carolina newspaper, The State, linked a college football loss to a mental health foundation created in memory of a death by suicide; a Kansas sports radio network cut ties with a host for his comments about Kansas City Chiefs coach Andy Reid’s “family life;” and Fox News apologized for a guest’s comments about climate actitvist Greta Thunberg. The Guardian admitted an editorial “fell far short of our standards” by claiming former Prime Minister David Cameron only had “privileged pain.” The St. Louis Post-Dispatch apologized for including a link to a video showing a police officer’s death; Al Jazeera suspended two journalists for publishing a video saying the Holocaust was “Different from how the Jews tell it;” and the Boston Globe rewrote an op-ed about defiling Bill Kristol’s food.